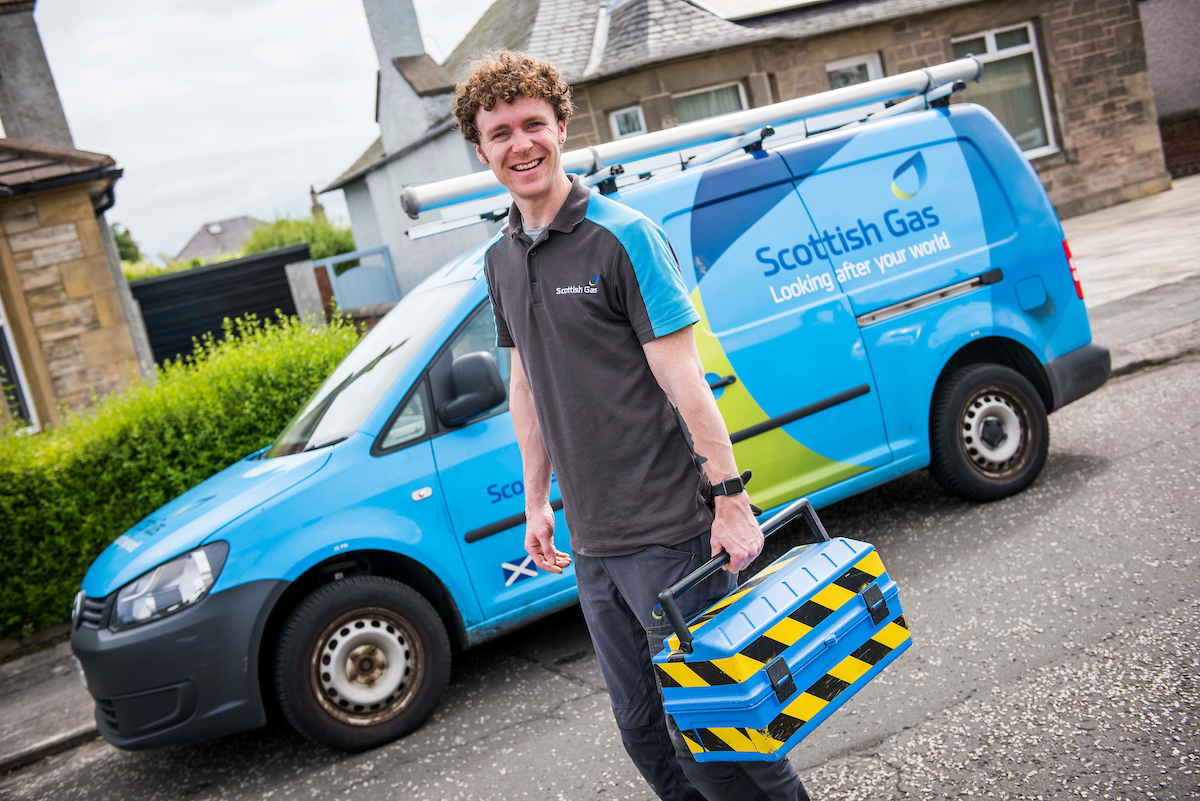 Just as thousands of young people across Edinburgh received their SQA exam results, new research from Scottish Gas has found that employers believe soft skills and personality are as important as school grades when hiring.

In the research, done by Atomik Research for Scottish Gas, it was found that nine out of ten employers in Edinburgh think job-seekers should focus on soft skills, meaning their ability to interact with co-workers and customers confidently- as much as on qualifications.

Almost half have said they turned down candidates for their lack of social skills while most employers also said that candidates who have spent time volunteering would be preferred.

Tommy Nimmo, 32, started his career with Scottish Gas in 2008 after serving  in the army as a radio systems operator.  He is a service and repair engineer covering Edinburgh and East Lothian.

During his Scottish Gas apprenticeship, Tommy achieved his Gold Duke of Edinburgh’s (DofE) Award. He said: “Every apprentice on my programme has the opportunity to achieve their Gold Award. Over 18 months, I had the chance to learn so many new skills and I enjoyed every activity.

“For the residential element of the award we went on a week-long expedition in the forest. It was physically and mentally challenging and we had to work as a team with people we didn’t know. We really bonded as a group after plenty of team-building tasks. It was a great way to build confidence and trust and get to know each other. I gained a real sense of achievement from the challenge at the end felt I could do anything I set my mind to.

“I also volunteered as a youth football coach with young children at Salveson Boys Club in Edinburgh. I love football, and coaching the kids was so rewarding. They loved it and so did I – it was great to be able to give something back to my local community.”

He added: “I use the skills I gained every day, and I know my colleagues do too. I grew in confidence through achieving my Gold Award and learned so much about working as team. I really benefitted from the volunteering and definitely enjoyed it as much as the children did.

“I’d encourage any young person to do the Award. It’s helped me personally and in my career. It’s so much fun, so rewarding and I’ll remember the experience forever.”

The research also suggests more people should be wary of what they post on social media. Over a quarter of employers asked admitted they look at a candidates social media accounts to get a gauge of their personality.

Despite these findings it is clear that young people are not fully aware of what employers are looking for. Almost half of young people have not ever volunteered and more than a fifth believe it wouldn’t help them find a job. Many more have said that they’ve been too busy concentrating on exams to consider it.

“Whilst good exam results can boost opportunities for young people, our survey highlights that employers are also looking for evidence of soft skills and personality before making a final decision on who to hire.

“Most young people think that employers only care about their academic achievements – but that’s not the case. There’s a real opportunity for young people to boost their chances of employment through volunteering, which is a great indicator of soft skills.
“All of our apprentices complete the Duke of Edinburgh Gold Award, during which they spend time volunteering in their community. We find that this helps our employees to relate better to our customers and improve service.”