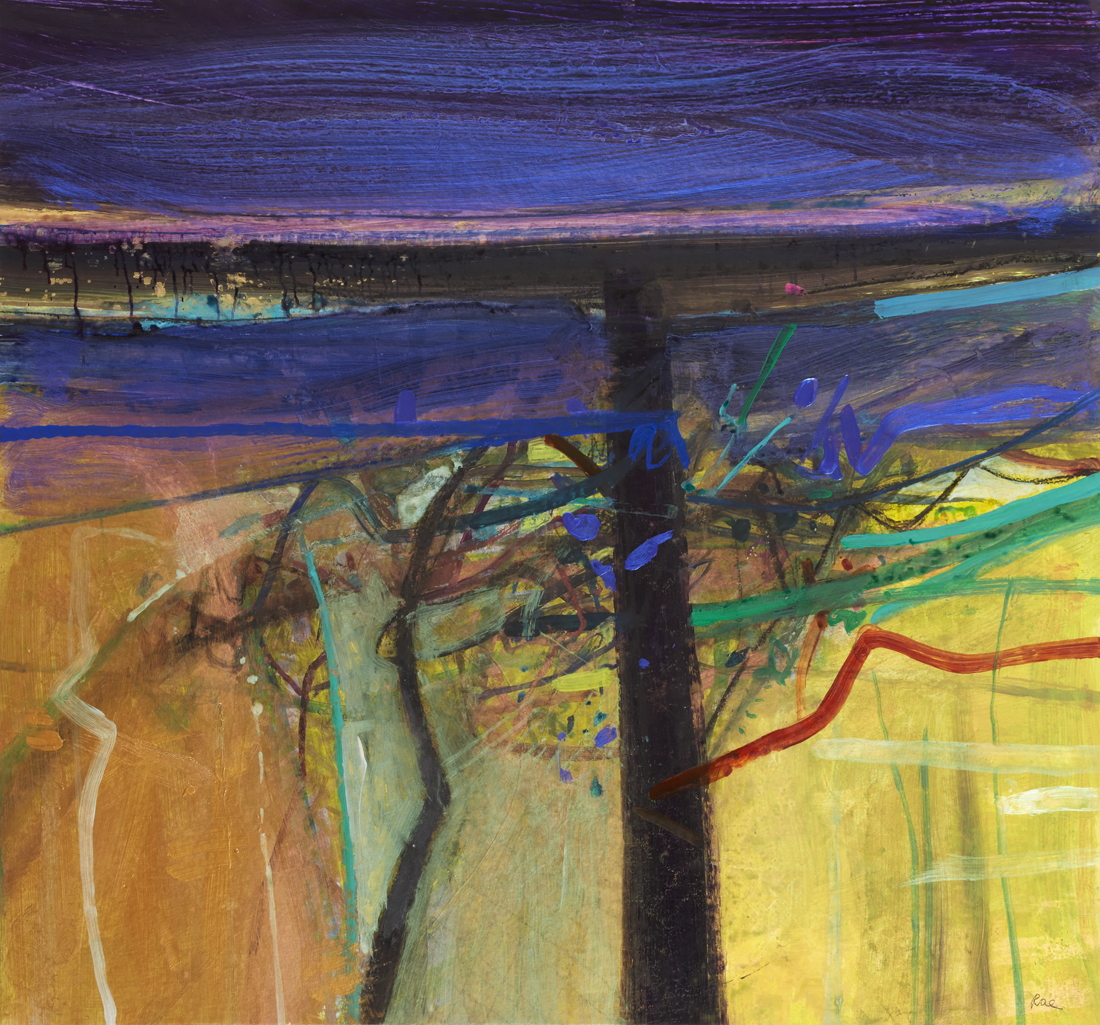 “Some artists start off as students and then follow a kind of sequential development; I know a lot of artists who have changed in that way. But I have developed my own style which began when I was in college.

“I have always worked from life and take my subject matter from reality to working in the studio.”

It is clear that this work involves much travel, much observation and a great deal of study before any paint is ever applied to the canvas. Barbara Rae’s exhibition of paintings from across the years is on display in the Open Eye Gallery on Abercromby Place during August and it is evident even to the uninitiated that the same basic style persists throughout. An artist is of course never done trying to perfect their craft, but in the case of Rae’s work this is not simply the same painting over and over. The subject matter is based on a variety of geographical locations from Moorish Spain to the west coast of Ireland where Rae spends the month of January with the low winter sun.

She has been a prolific artist during her career and the exhibition of over 70 works forming ‘Return Journey’ contains some works which have never left the artist’s studio before.

The interpretation of the landscape is not an entirely straightforwardly visual one, and what we must not do is call her a landscape artist. Barbara Rae studies the history of the area as well as the geography and aims to interpret the human effect on the landscape in her work.  She explained: “It would be meaningless if I did not know about the subject matter. A lot of the painting comes from the history which I study. I like to use symbols and artefacts, things people have made there. I never go anywhere just once. That is why this exhibition is called Return Journey. It is a way of acknowledging that these works come from the past, but also the fact that I go to places many times in order to get the knowledge to paint them. I get to know the area I am working in.

“There is always something new to discover. There are many changing rural landscapes across the places I visit.”

Although some of the paintings now exhibited were in storage Rae insists that she was still well aware of them and the effect they had on her artistic development over the years. “Most of the time I don’t paint simply to sell anything, but I have to sell some so that I can buy more paint! Although I don’t collect lists of buyers, I am delighted that people buy my art and enjoy it. It is particularly nice when you see young people buying things, and also to see those who have already bought some of my work having the courage to buy one more.”

Even the vibrant colours which are used in her more recent painting are not necessarily meant to be representative, but come from a deliberate change in tack from oils to acrylic. The changing technology in paint has affected the colours which she now uses, but during her studies at Edinburgh College of Art she had already worked a great deal with acrylic as a medium owing to an enterprising partnership between her tutor there, Jimmy Cummings, and the ICI plant at Grangemouth.

In 1985 at a pivotal moment in her career and private life she visited Santa Fé in New Mexico for a few months, where the light quality in the desert is such a feature. The town is also a mecca for artists and creatives of all kinds with DH Lawrence and Georgia O’Keeffe both having ties to it.

The journey marked a change in approach in a technical sense, but when you view the whole exhibition it is clear that there was no massive interruption to Rae’s artistic journey. While the works are not those of a landscape artist, they are the work of someone trying to give you the feeling of all that was there in front of her at the time.  And, while the resulting image is an abstract one, Rae was still able to explain that in one painting the horizontal lines do really depict the almond terraces which she saw in Spain.

Her travel plans in recent times have included Orkney, Co. Mayo on the west coast of Ireland and Spain, but very soon she is off to the Arctic to embark on a new project. (shhh don’t tell anyone!)

The careful study of the geography and history of the subject matter is central to her art, as is the use of iconography and symbolism which can form the details the work.

As part of Edinburgh Art Festival the exhibition is displayed at The Open Eye Gallery with an overspill into Glass & Thompson across the road in Dundas Street.

Rae said: “I love exhibiting at The Open Eye Gallery. It is really a New Town flat and better than many others it shows the potential buyer how the art will look in their home. It is after all what could be a domestic situation, and the double aspect of the gallery offers great light.”

Also included are a few pieces of ceramic which she has painted, two of which have already been marked with the encouraging red dot, but which are quite easily associated with the painting style on the walls. “I visited Poole in Dorset to try out ceramic painting, not to actually make them though as I am a 2-D person. I can’t work in 3-D! Printmaking and painting are my preferences.”

Disarmingly direct she is not one to trifle with anything that is not directly relevant to her exhibition it seems. Asking what she thought about getting the CBE for example is an irrelevancy easily swept aside. “I don’t know why I got it, really I don’t!”

So we returned to where the painting started from, and what her current influences are, and she told us: “When I was at school we were sent out to draw. My art teachers there and at Edinburgh College of Art were important to me and to my development as an artist. I visited London and Paris to see some fabulous exhibitions. But what is important to me now is the Picasso Museum in Malaga which I visit often. I think that I am now influenced by Picasso, Miro and Velasquez.

“But I am also influenced by global warming and the endangerment of species, and the way the human race is not really looking after the planet. I have done a lot of work on the coast, and I see the way that what fishermen do there along with pollution and debris has affected the landscape.

“It is of great interest to me, the coastal plastic mountain that is left behind. Although it is true to say that in places like Spain there is less fly-tipping now than before, we now have the refugee crisis and the lifejackets which have been left in Greece which is such a problem. Of course the refugees are a problem, but the rubbish left behind is too. The human interference with any landscape interests me.”

And then she adds for good measure: “I think we should ban chewing gum here in Edinburgh too!”