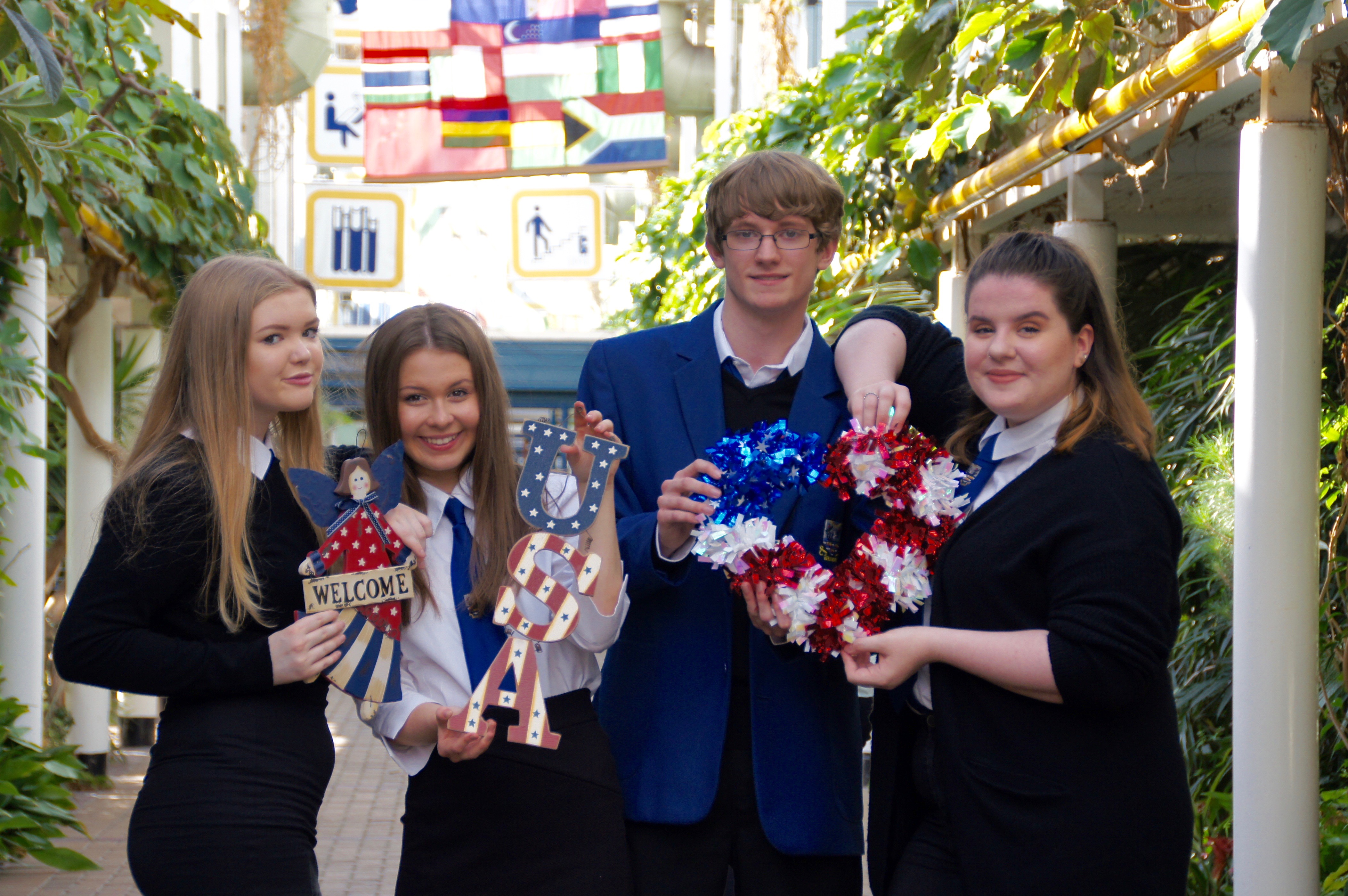 Four Leith Academy pupils have won a nationwide competition to intern as part of US Democratic Party presidential nominee Hillary Clinton’s campaign in the US in November.

Morven MacKay, Caitlin Munn, Liam Stobie and Katie Ewart will be travelling to America with their teacher Ms Steele on 29 October as part of a small team of around 20 UK pupils. The pupils will be based in Tampa, Florida where they will be spending time working on Clinton’s presidential campaign and the campaigns for several House of Representatives and Senate candidates. The trip will conclude with a short visit to Washington DC where the pupils will get a chance to see the White House and Capitol Hill for themselves. Crucially they will be in America for election day on 8 November.

The Inspire US 2016 competition, organised by The Transformation Trust, received entries from schools all around the UK. Of the five winning schools the pupils from Leith Academy were the only ones from Scotland (three of the five are London-based schools).

Competition entrants had to submit videos answering questions about who their dream presidential candidates would be, and what executive order would they invoke if they were president. In later rounds of the competition the pupils had to give presentations via Skype on what type of campaign they would run upon their return that could highlight the skills learned during the internship.

The trip is fully funded with all travel and accommodation covered, and is a repeat of a successful 2012 trip. The Leith Academy pupils’ dream presidential nominees included figures as diverse as Malala Yousafzai and Morgan Freeman. The issue they opted to tackle with their executive order was to place a cap on the spending involved in lobbying and financing during the election cycle (a major talking point during this presidential election). The pupils did their Skype presentation from Holyrood on the issue of 16-year-old voters, entitled “Cross My Name Off”.

“We didn’t think we were going to get it at first,” the pupils said on winning the competition, before adding “it feels really good though, knowing how many other schools applied.”

Nadia Steele, who teaches Modern Studies and will be accompanying the pupils on their trip, was the person who entered the school into the contest.

She said : “The competition came to my notice as a way of engaging pupils who might not have the opportunity to otherwise go and experience America in a political context. I immediately started thinking of which pupils had put in a lot of effort on their course work, gave 100% and would be up for the challenge of taking part in it.”

Asked whether any of the pupils had plans of pursuing a career in politics, 16 year old Liam Stobie said:

“It’s an idea I have, although I’m not 100% sure yet. This will be good experience for finding out.” Fellow pupil Katie Ewart echoed his remarks, adding: “This trip could be a “decider” for me.”

Ms Steele added: “I think the skills that they’ll pick up out there will be invaluable whatever they go on to do.”

Would they ever go out to work for Donald Trump’s presidential campaign?

Morven Mackay said: “I think it would be interesting to see what kind of people support him and what their reasons are.”

And Katie Ewart added: “I’d like to see how his campaign works differently in comparison to Hillary’s.”

Liam Stobie thinks it will be very interesting: “Yes, I’d definitely like to see how that man’s mind works.”