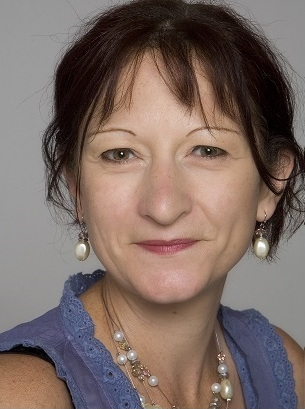 Rachel Bridge is performing her one-woman show Ambition at the Gilded Balloon until 29th August. Her sixth book, Ambition: why it’s good to want more and how to get it, is out now. Among all this activity, she talked with The Edinburgh Reporter.

1.     Your show aims to help the audience achieve their dreams. What are your outstanding ambitions?

I have dozens of them! I’d love to take my Ambition show on tour round the world. I’d love to have my own radio show where people can call in and chat about their goals and then other listeners can help them achieve them. I’d love to write lots more books that help people of all ages achieve their dreams. I’d love to live in France for part of the year. I’d love to write a wonderful children’s novel which is then turned into a film so I can go and hang out on the film set and sit in a chair with the word ‘Writer’ on the back!

Actually, I didn’t really know what I wanted to do and I used to have to make things up whenever anyone asked. All I knew was that I didn’t want to work in an office or commute to work, and that I wanted to find a job I really enjoyed so that it would blend in with the rest of my life instead of being completely separate to it.

It was only when I got to university and started chatting to other people that I began to formulate a better idea about what I’d like to be doing. I often go into schools to talk to sixth form students about life and I always tell them that it’s completely fine if you don’t yet have a clear idea of what you want to do.

The key is to find out as much as you can about what exciting possibilities are out there, by doing research, by talking to as many people as you can, by doing as much work experience as you can and by getting the most interesting holiday jobs you can find.

The secret to getting it right is to identify what you really love doing in life and then to find a way of getting someone to pay you for doing it.

3.     The show includes tips from conversations with various notable and successful people. How did you choose the people with whom you wanted to discuss ambition?

I felt it was important to include not just well-known successful people but also people that most of the audience may not have heard of and yet have still quietly achieved incredible things in their lives.

I also wanted to show that ambition and achieving goals is not just about monetary success – many of the people I interviewed for the book have not made vast fortunes yet have gained an enormous feeling of satisfaction and achievement from reaching their goals.

There certainly seems to be a difference in the way that some people perceive women’s and men’s ambition, as the recent furore at Saatchi and Saatchi shows. But they are wrong. In reality women are every bit as ambitious as men – they just don’t feel the need to shout about it or show off about it quite as much.

Indeed, when I wrote my book Ambition, it never even occurred to me to have different chapters for men and women, because I know of so many extremely successful women quietly getting on with doing brilliant things and clearly not giving a damn about whether they are supposed to be ambitious or not.

Myleene Klass, singer, presenter and fashion designer, for example, has a postcard pinned to her wall which says: Why the Hell Not? She’s right. Women know just as well as men that achieving goals is exciting and life-affirming and they have no intention of being left out.

OK, I’ll give it a go – identify something which infuriates you in life and then start a business which solves the problem for a price that people will be prepared to pay.

Don’t invent anything – it takes forever and is really high risk. Instead find a product or service that already exists and then do it better, cheaper, faster, simpler, more efficiently.

Choose something you are really enthusiastic about and then be very focused and single minded – you have to do it like you mean it.

Ask for help – the worst people can do is say no. And stop procrastinating – you’ve only got until lunch so just get on with it.