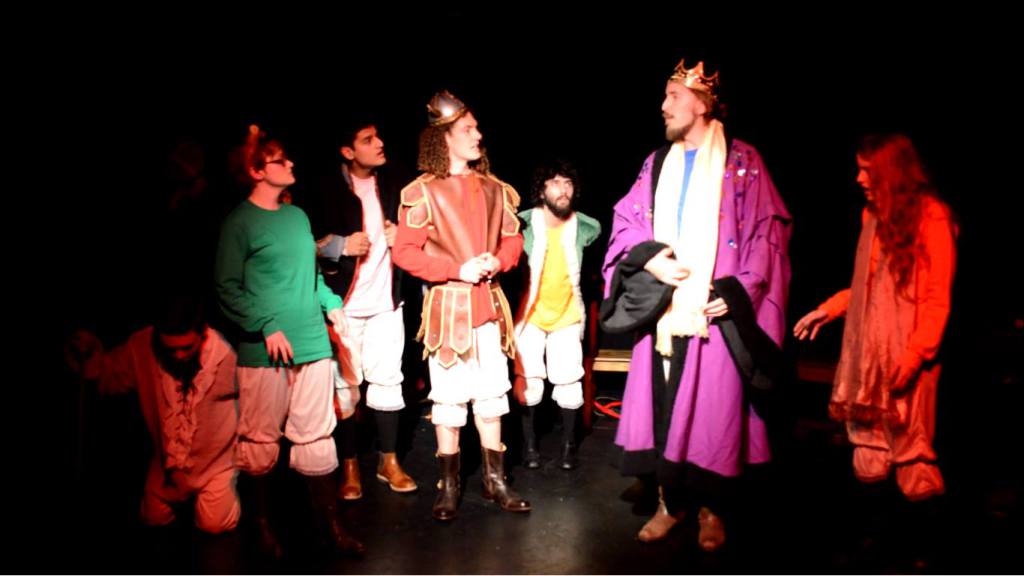 Last week I saw Colin Mochrie of Whose Line Is It Anyway fame improvise with four different members of the public who had been hypnotised. Mochrie, of whom I am a long-time fan, makes it look so darn easy, even when being thrown curveballs by the subconscious of a 50-something man from Essex. From the pro to the amateurs, I had to remember just how hard live improvisation must be when the lights went down on The Cambridge Impronauts. I had seen the Impronauts perform at various events in Cambridge and once in my college bar, and my hopes were high. This Fringe, they set themselves the challenge of improv, but more than that, they attempt to improvise a whole Disney-style musical based on suggestions from the audience. (“If there’s one thing we’ve learned over the past few months, it’s that the will of the people is best.”) No hypnotism, just a whole lot of costumes and a very talented pianist – Stephen Gage really glues the endeavour together.

On the day I saw the show, the musical took place in the ever-so-slightly-copyright-infringing town of Birmingham in the The Shire, JRR Tolkien’s land of hobbits and eleventy-first birthdays. The story followed the story of Scrumble the Troll and the Trump-esque magnate Mr Roger Mine as they attempted to take the kingdom from King Daisy, his nebulous son Prince Geoffrey, and his ex-wife, Carla. Along the way we encountered unicorns (“ahhh the unicorn… famous for being an animal with a single corn”), magic balls, and debates on the nature of hereditary monarchy (“they always have a cousin or something…”) The performances varied. The acting was universally strong, never more so than from Alex O’Bryan-Tear and Adi George, but the singing really separated the boys from the men – the trolls from the pageboys if you will. Rachel-Marie Weiss has a beautiful voice and is an understated, talented performer, but she seemed nervous in the singing scenes. Then again, if improvising lines is hard it’s probably near impossible to improvise song.

One thing I will say – the audience absolutely loved it. I have seen better shows with less enthusiastic audiences, but this one really brought the house down and all credit is due to the Impronauts for that. The cast also carries off the difficult task, perfected by Disney itself, of making the show accessible to children yet still intelligent and racy enough for adults.

So, if you’d like to spend an afternoon in the company of the up-and-coming Colin Mochries of the Oxbridge circuit and their wonderfully enthusiastic audience I fully encourage you to attend this show. Just don’t suggest they set it in Birmingham – it’s been done, darling.