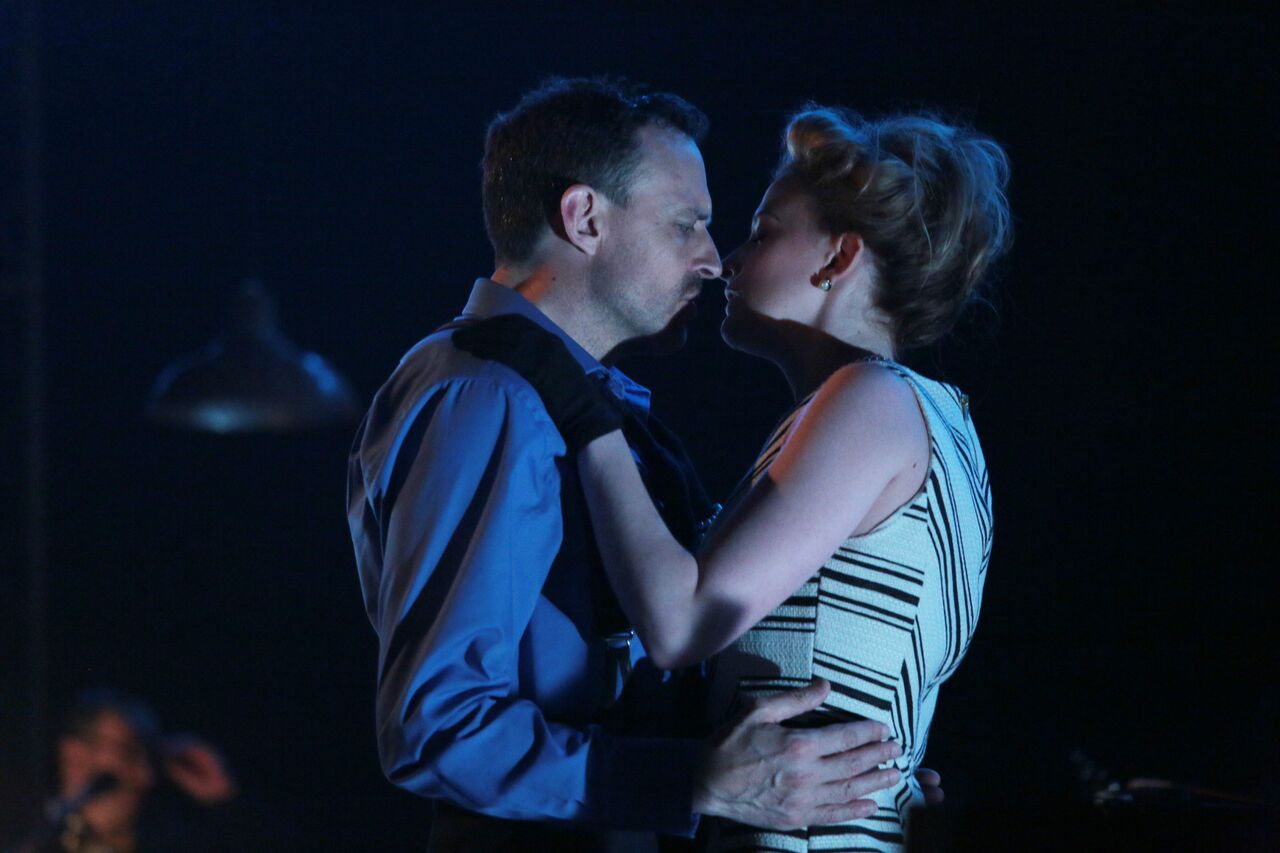 Red Shift Productions (in association with Chung Ying Theatre Company and Seabright Productions) brings award-winning writer-director Jonathan Holloway’s adaptation of Dickens’ classic to an expectant audience at the Pleasance Courtyard. There’s a palpable buzz as we take our seats and contemplate a striking black set populated by rows of chairs, pairs of shoes, stark lights, and a quiet, mysterious man.

This isn’t your parents’ Dickens.

Indeed, Holloway is reluctant to use the term “adaptation” in relation to Blood for Blood. The costuming is not of any particular time. The characters use very few of Dickens’ original words. Holloway isn’t aiming to replicate the particular complexities of the original. Yet this is a complex production. Various cast members take on multiple roles. We don’t quite know when we are, nor, exactly, where we are. From time to time, characters break from a scene to issue proclamations from the microphones attached to the walls at the sides of the stage.

In all this, Blood for Blood is of its own time. Like much of the dramatic theatre of this year’s Fringe, its glitchy sound design, stark, confrontational setting, multiple roles, and sense of foreboding and menace are very much of 2016. But while Holloway’s aim was to make a new work, enough of Dickens’ original remains to make this both an interesting shift of perspective for the aficionado and a real challenge for those without the same familiarity with the outlines of the story.

After last year’s Jekyll and Hyde, Red Shift has once again found itself on the edge of doing something special, though in the end, the production’s reach exceeds its grasp. Yet, again, it’s a pleasure to see ambitious new theatre at The Fringe, and be encouraged to revisit an original with modern relevance.