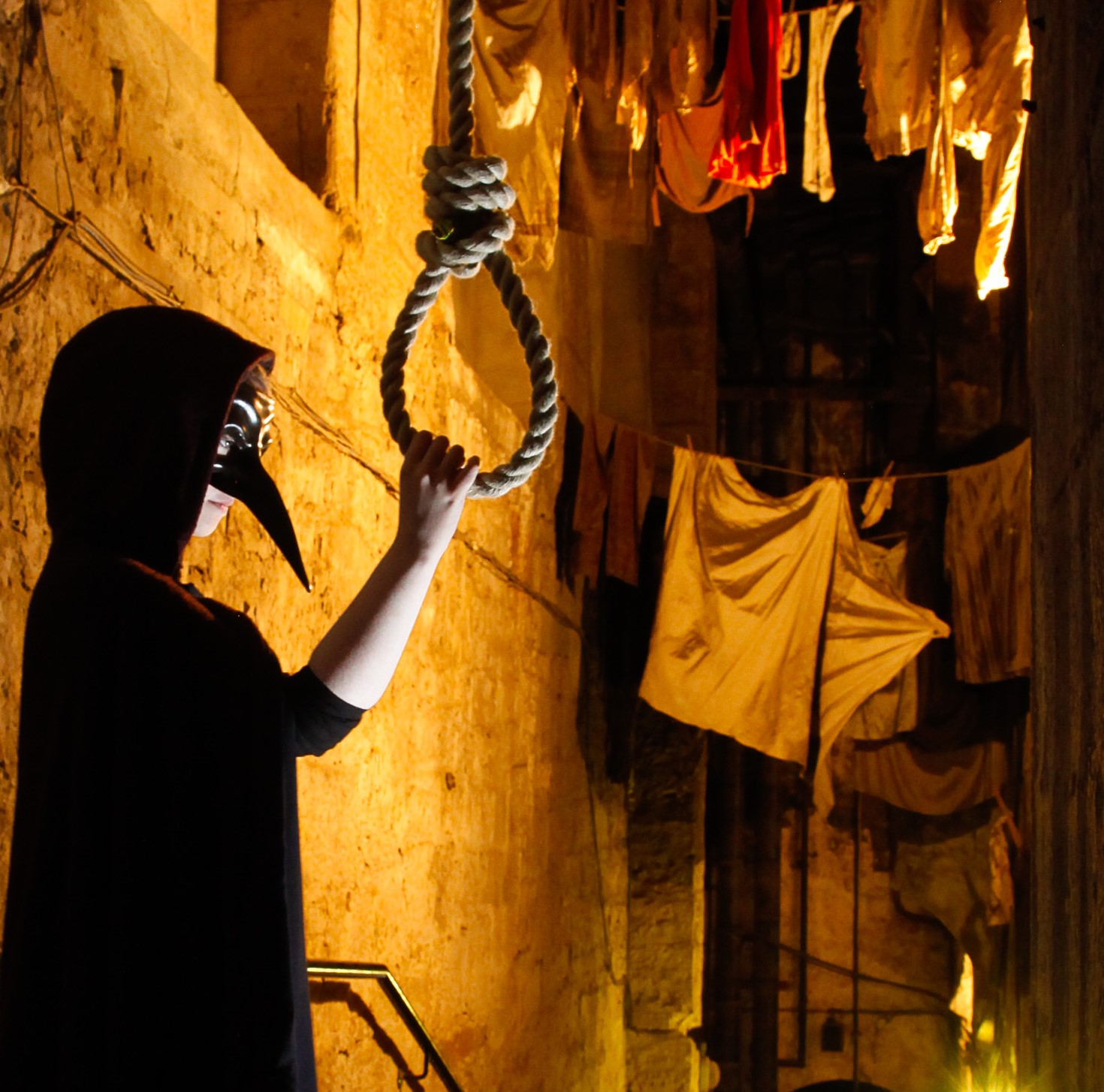 “Perhaps the fear of the unknown comes from the assumption that anything new and strange must be dangerous.”

Visitors to Edinburgh during this year’s Festival Fringe may not realise it but as they walk through the city’s Old Town and take in the views from Castle Hill they are actually passing by the country’s number one spot for witch burning.

It is this dark and complex chapter of our recent history you are invited to explore first hand with a brand new experience entitled “Condemned” at The Real Mary King’s Close this August. Get a sense of the claustrophobia, paranoia, fear and suspicion with a series of late night guided tours through the nearly forgotten back streets off the Royal Mile.

It is with emphasis on these issues- the paranoia and suspicion, driven by an over-zealous church and crown; the claustrophobic, unsanitary life on ground-level among Edinburgh’s towering, winding closes (a Scottish word for alleyways); and the social climate which pitted neighbour against neighbour- that the tour focusses on. Though the audience are encouraged to keep an open mind to all the possibilities, the tour guide is revealed, through a cleverly written script, to be rather sceptical of the supernatural abilities of these supposed witches. This is not about magic, but it’s no less frightening for it.

“This place is haunted” your guide warns you near the start, “not by spirits but by memories…”.

Your guide is a timeless entity; a spectre-like person who guides you through the abandoned back streets of the 15th, 16th and 17th century, speaking to the audience- and the walls- in equal measure. One gets the sense that the guide is trying to understand the history by taking the audience through it.

There are few other supporting actors in this tour, but when they are used it is to a truly unsettling effect. Movement in the darkness a dozen paces ahead; apparitions in previously empty doorways or halls… Creepy is what they’re going for here, not jump-scares.

And it is with these things in mind that the tour should be approached; those seeking the bombast of the Edinburgh Dungeon might find it a little disappointing. This one is for those who want to take a closer look at Scotland’s history of witch burning as well as a chance to experience the labyrinth like streets of Auld Reekie by night.

The tour is a little less than one hour long but do expect it to stay with you for hours and days after- both for its unsettling nature and the questions that will arise in your mind.

How did we get to the point that we were burning women alive on Castle Hill? The truth can often be scarier than the fiction. But as we are reminded on the tour- the past is a locked room into which we can only glimpse, briefly, through the keyhole.

“Condemned” is running from 5th – 28th of August, Wednesday-Sunday nights at 10:30pm. Tickets and further information can be found here.