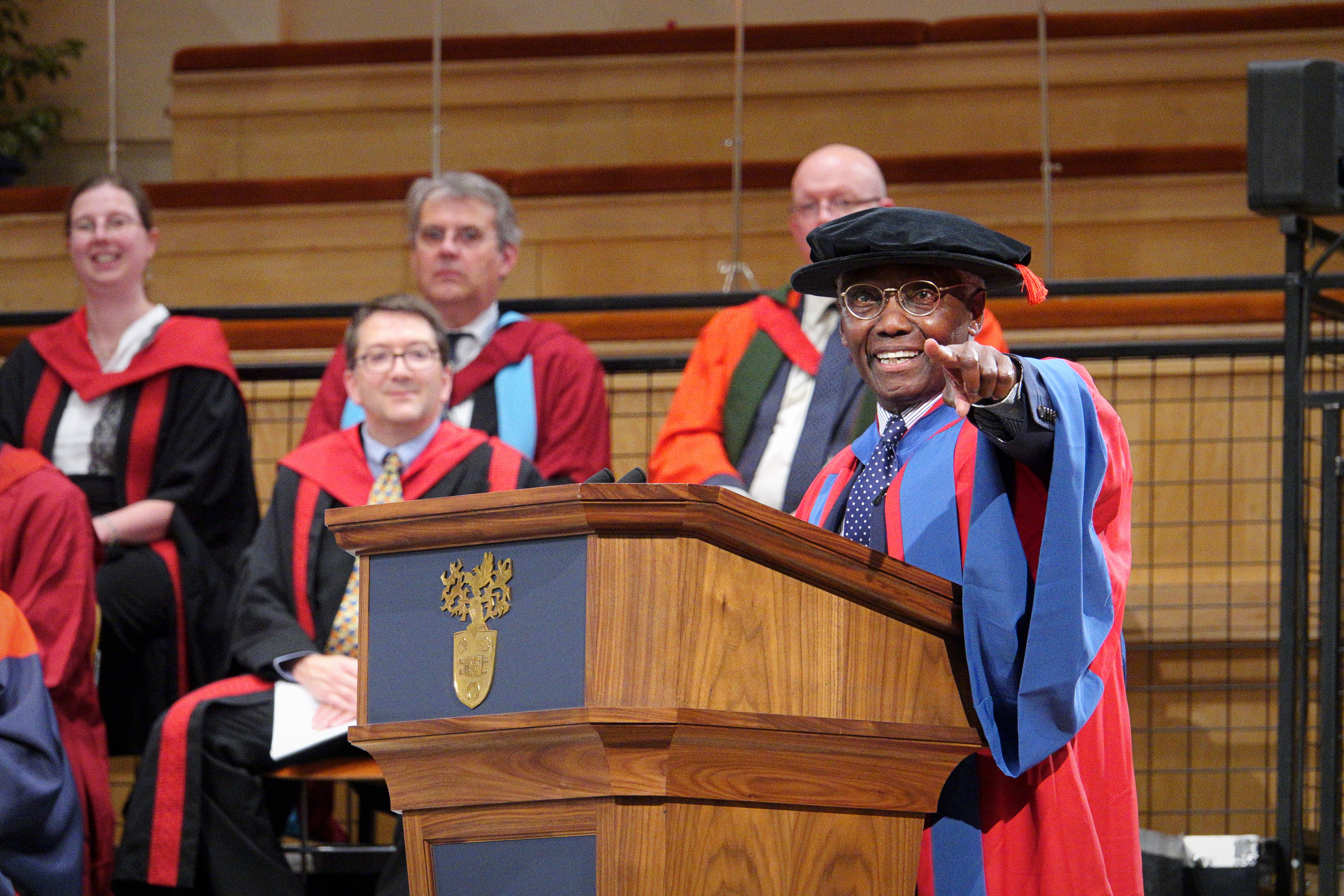 An expert in barley, malt and cereal grains and brewing, and a human rights activist received an honorary doctorate from Leicester University earlier today.

Sir Godfrey known as Geoff, is Professor Emeritus in the School of Life Sciences at Heriot-Watt University.  He migrated from Jamaica to London in 1955 at the age of 14 to join his mother, and attended Highbury County School.  He then secured a job at Queen Elizabeth College as a junior technician; his employer there helped to secure him a place at Leicester University to read Biological Sciences (Botany).

After graduation, he commenced research for a joint PhD in grain science and technology at Heriot-Watt College and Edinburgh University, followed by a post-doctoral fellowship at Heriot-Watt University.

In 1968 he joined the Brewing Research Foundation, where he worked on the science and technology of barley. There he discovered the Barley Abrasion Process (1969), which was patented and subsequently used by the British brewing industry.

He was also the first to use the Scanning Electron Microscope to study malt production in detail. In 1977, he became a lecturer at Heriot Watt, and was appointed Professor there in 1991.

He has been instrumental in the development of the tropical cereal sorghum as brewing material and food in Africa, he helped to secure the first export of British barley to China, and has lectured on barley, malt and cereal grains across the world.

He is a Fellow of the Royal Society of Medicine and the Institute of Brewing in London.

In addition to his scientific achievements, he has helped to secure better educational opportunities for black and minority ethnic children.

In 1998, he was granted the Distinguished American Award for his research on cereals, in 2003 he was awarded the OBE for scientific and charitable work, and in 2014 was knighted for his work in science, human rights and charity.