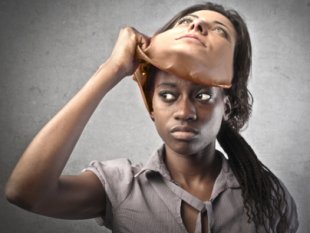 ‘We want to unsettle, challenge and inspire our audiences…by offering a platform to people and ideas which sit outside the mainstream.’

The Just Festival is unlike any other. Yes, it aims to entertain us – but it also wants to make us think, to open our eyes to issues that might not get an airing anywhere else, to engage us in dialogues about social justice, equality and identity in an increasingly polarised world. This year the festival’s theme is From the Edge, a concept open to interpretation in many ways. People may be marginalised politically or socially – or they may be boundary pushers, exploring the very limits of science, society, faith or the arts. The Just Festival gives all of them a voice, a space to deliver their message, and it does so with a great programme of performances, talks, exhibitions and conversations, all based at St John’s Church, Princes Street and the Quaker Meeting House, Victoria Terrace. ‘Compelling, imbued with a rare empathy and compassion,*****’ is what one reviewer had to say about Ava Hunt’s drama, Acting Alone. Inspired by the people she met in Palestinian refugee camps, Ava weaves together stories of immense complexity and fragile humanity with tales of her ‘often funny and occasionally bizarre’ experiences of working as an actor and performing alone. Acting Alone asks an important question: can one person make a difference? Palestine is also the subject of Beautiful Resistance/Alrowawad’s dabka dance and song performance at St John’s. Beautiful Resistance promotes human rights through creative and non-violent responses; its founder Dr Abdelfattah Abusrour will tell its story. Renowned musician Michael Cretu is the founder of MIRO (Manchester International Roots Orchestra). MIRO gave a wonderful performance of Time for Change at the festival two years ago and it’s back in 2016 with a unique repertoire of music from the Middle East, South Asia, Africa and Eastern Europe, embracing rap, hip-hop, classical music and jazz along the way. You can read The Edinburgh Reporter’s five star review of the 2014 show here. In a separate event Michael, whose uncle Johnny Raducanu is considered the father of modern Romanian jazz, will give a talk on the Roma’s culture and heritage and perform a double bass recital inspired by Roma traditions. Closer to home, Fathers Network Scotland’s drama Being a Dad (developed with Edinburgh’s acclaimed Strange Town Theatre as part of the Year of the Dad) reflects on the experiences, hopes, fears and challenges faced by many fathers, especially disadvantaged young fathers, in Scotland today. Meanwhile Drake Music Scotland presents Equilibrium, a group formed in response to demand from disabled musicians looking for more opportunities to write and perform traditional Scots music. Equilibium’s members use acoustic instruments (harp, fiddle) and digital instruments that can be played by those with limited mobility. It has already performed at the Fringe, the Scots Fiddle Festival and Celtic Connections – now it’s coming to St John’s. St John’s Festival Pulpit (every Sunday evening in August) brings some impressive speakers – Baroness Julia Neuberger, Baroness Elizabeth Butler-Sloss, Lord Hope and The Very Revd Dr John Hall – to examine the intersection of public life and religion in the UK.  In other talks Human Rights and LGBT campaigner Peter Tatchell will address the contentious topic of What should schools teach pupils about sex? and in Razor’s Edge: Female Genital Mutilation Gambian gender and political activist Neneh Bojang will talk openly about her own harrowing experiences. Dr Dina Sidhva will explain the research underpinning Images from Limbo, which tells the story of HIV-positive asylum seekers from Africa and offers powerful insights, captured by the very people living on this edge of despair and uncertainty. Edinburgh-based Mercy Corps works in more than 40 countries around the world to alleviate  suffering, poverty and oppression. This is Mercy Corps’ third year as Just’s international charity partner; its exhibition, The Displacement Dilemma, looks at the global refugee crisis and what we can do to help. Gaza – Photography in Dark Times is the work of  five young photographers, who reveal how the blockade impacts on the style and content of their art. ‘Darkness is never far away, and yet the humour and resilience  of the human spirit shines through’. Just Festival Conversations never shy away from controversy. A particularly interesting topic this year is Isolation in Modern Society: a Blessing or a Curse? Reports of social isolation appear to be rising, but while many see this as a problem, some people actively seek isolation in the pursuit of happiness. Panellists Brian Sloan, CEO of Age Scotland, feminist author Sara Maitland, who has chosen to live alone for many years, John Mason MP and chair Jonny Kinross of Edinburgh’s Grassmarket Project look at the issues. In Is a Nomadic Lifestyle Incompatible with the 21st Century? Fiona Watson (Survival International), members of the travelling community and chair Professor Colin Clark consider whether communities should be allowed to continue a mobile lifestyle – should they all just settle down, be educated, pay taxes and contribute to society like everyone else? Other Conversations look at prisons, climate change, language/identity and the global migration crisis. After all that engagement, you’ll be hungry – but fear not, the lovely Knights Kitchen is once again providing great refreshments in its festival café at St John’s; soups, breakfast and lunch boxes, sandwiches, salads, curries, barbecues, hot veggie options, bakery and sweets – all with an African twist – will be available throughout the festival. Now’s your chance to try Boerewors sausage, plantain, sweet potato rosti and Jamaican ginger chilli brownies!

Tickets for Just Festival events can be purchased online now from the festival website, which also has details of venues. The Just Festival Box Office will be open outside St John’s 5-9.30pm 5-27th August (not Sundays, Mondays or Thursdays) and tickets may also be bought on the door, subject to availability.

‘Free speech does not mean giving bigots a free pass. it includes the right and moral imperative to challenge, oppose and protest bigoted views. Bad ideas are most effectively defeated by good ideas – backed up by ethics, reason and evidence – rather than bans and censorship’ (Peter Tatchell).