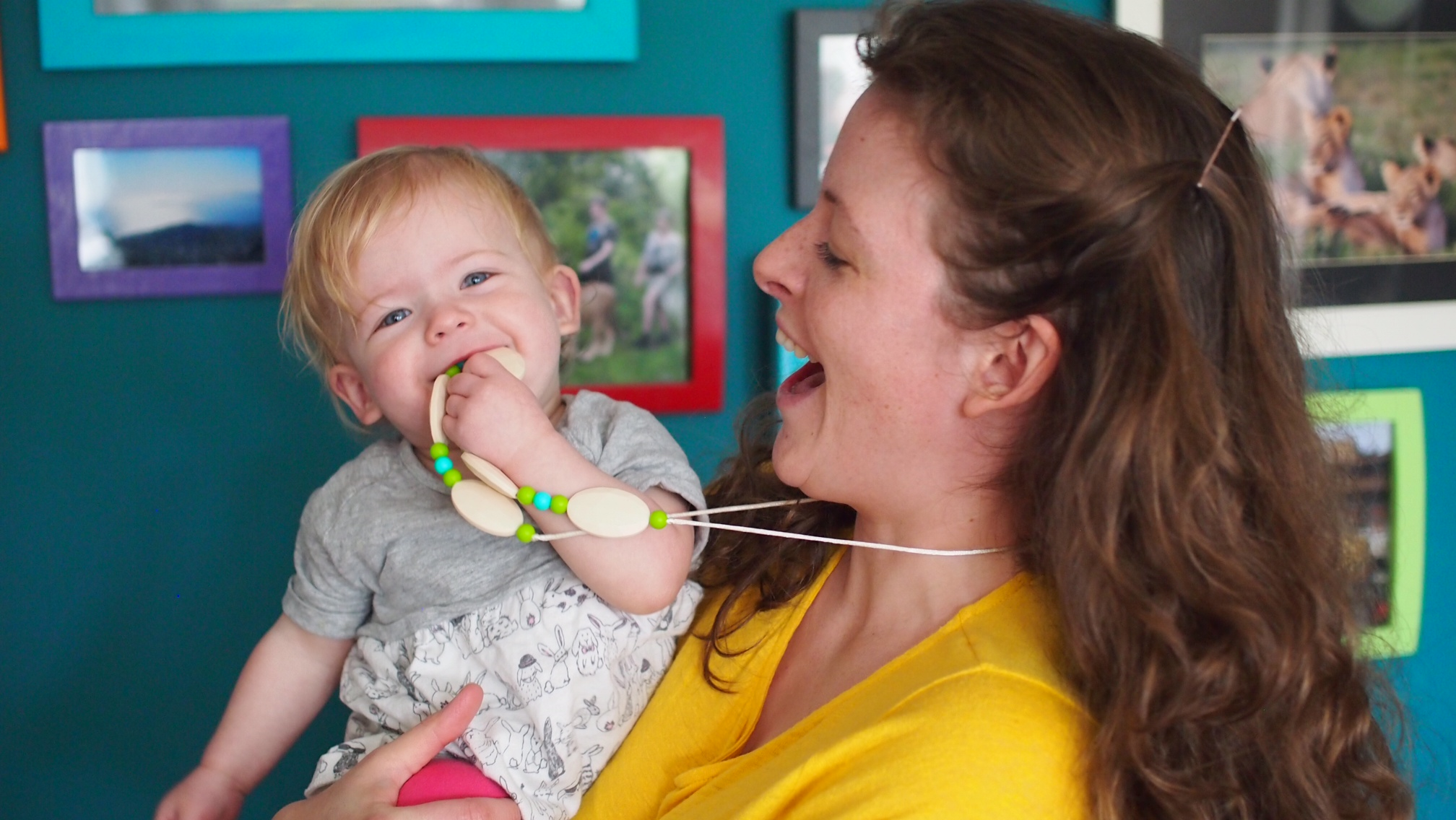 An Edinburgh Mum who set up her own teething jewellery business has been picked by Dragon’s Den star Theo Paphitis’ as the winner of his Small Business Sunday Award.

Num Num’s teething necklaces was created by Jen Downie, who came up with the idea when her daughter started teething. Losing favourite necklaces to her daughter’s repeated attempts to chew on them, Jen decided to make necklaces that were stylish but safe for her daughter to nibble on.

Made from soft, food-grade silicone beads, Jen assembles the necklaces by hand, working from her Kirkliston home.

“I started making jewellery for myself, then my Mum’s friends, and it went from there.” She said.

The award, Small Business Sunday, was created by Theo Paphitis 2010. Each week, Theo rewards small businesses that tweet him and describe their businesses in one tweet.  Every Monday night, Theo reviews and chooses his favourite lucky six who are then re-tweeted to his 450,000 followers.

“It’s amazing to have won a competition judged by an entrepreneur and businessman as successful as Theo Paphitis.  My husband and I think of Hannah as Num Num’s tiny CEO so maybe the reason she didn’t sleep on Monday night was she knew we had won!”

Whilst being kind to gums and featuring a breakaway clasp, style is at the forefront of Jen’s mind when it comes to designing her necklaces:

“I have the biggest range of teething necklace designs in the UK so hopefully there should be something to suit everyone’s personal style.”

Num Num’s teething necklaces and brand new bracelet range are available online and are stocked at Pippin Gifts on Haymarket terrace. They will be stocked at Willow Boutique in Stockbridge when it opens in August.

Num Num’s teething necklaces is offering Edinburgh reporter readers an exclusive discount of 10% off your purchase! Just use EdReporter10 during checkout at www.numnum-uk.com.