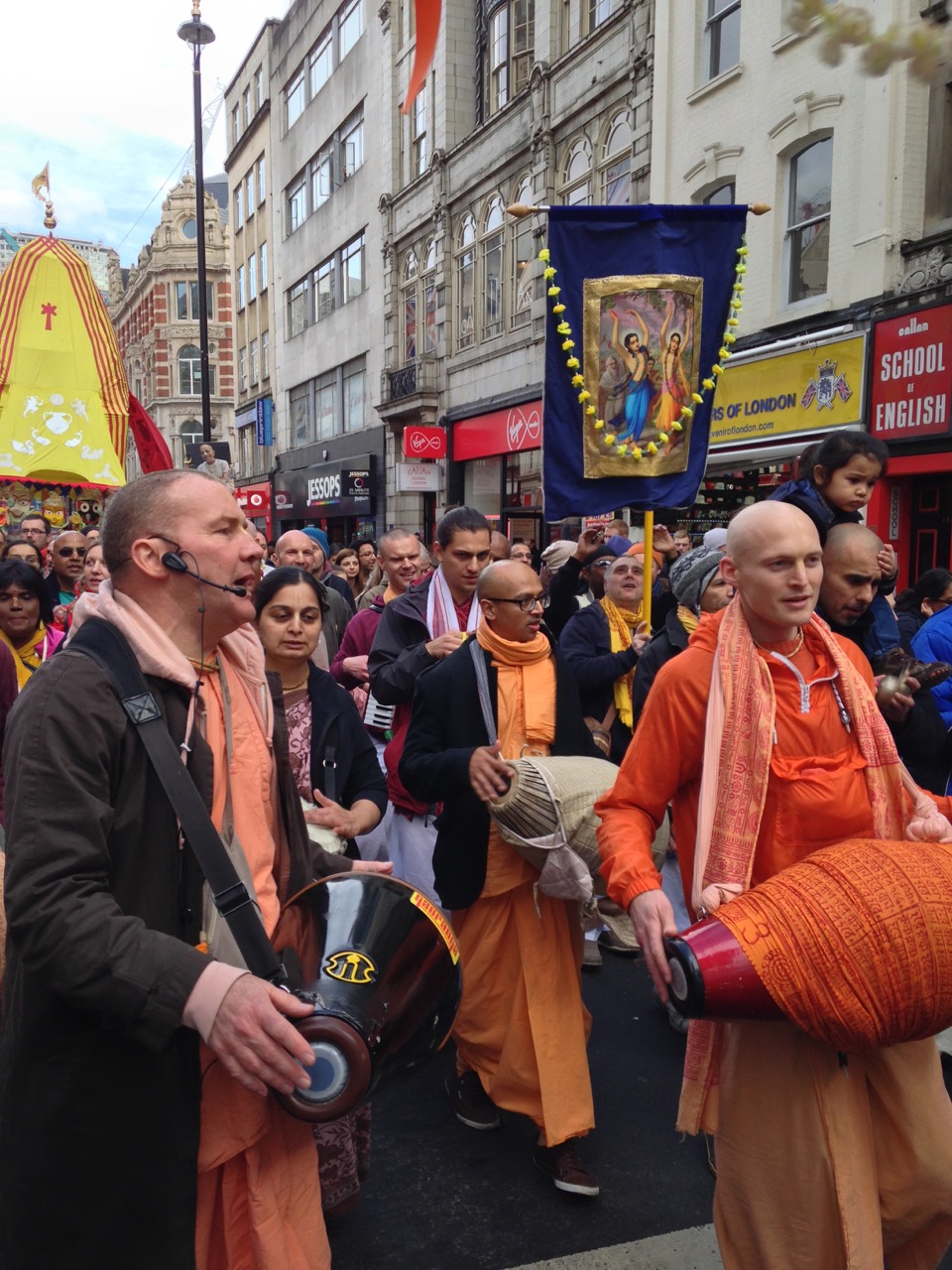 There are two Hare Krishna festivals set to take place in Edinburgh this week to mark the 50th anniversary of the spiritual movement’s arrival in the West from India.

The movement, characterised by the bright and colourful dress, shaven heads and Hare Krishna chanting worn by those who are a part of it, defines itself as “a universal, non-sectarian message of love, simple living, service and above all – connecting the self with the original spiritual source, Krishna.” The events will be organised by the International Society for Krishna Consciousness (ISKCON), a world-wide organisation set up in the 1960s which today boasts 700 temples and centres around the globe.

The first of the festivals will take place on Saturday 23 July 2016 at 2pm. Beginning in The Meadows, there will be a large procession moving through towards the High Street down to Holyrood Park where there will be a free vegan feast beginning at 4pm.

Aditya Devi Dasi, the main organiser behind the event said: “This event commemorates the story of Lord Jagannath being paraded through the streets of Puri, east India. The huge processions accompanying the chariots play music, instruments, and devotional songs, including the infamous Hare Krishna mantra.

Here in Edinburgh we’ll be parading through the city with our chariot. Anyone is welcome to come along and take part in this auspicious occasion.”

Edinburgh’s second Hare Krishna event will be a nighttime festival of music, dance and traditional vegetarian food. It will take place on Tuesday 28 July 2016 at 7pm in the Augustine United Church on George IV Bridge.

Nathan Hartley, PR and Communications for ISKCON Festivals added: “The Krishna Consciousness message is for everyone. Our philosophy is rich and attractive to many people. In a world that’s becoming increasingly competitive, and has people believing they’ll only be happy through material gain, we’re showing a deeply positive alternative.”

Both events are free to attend.