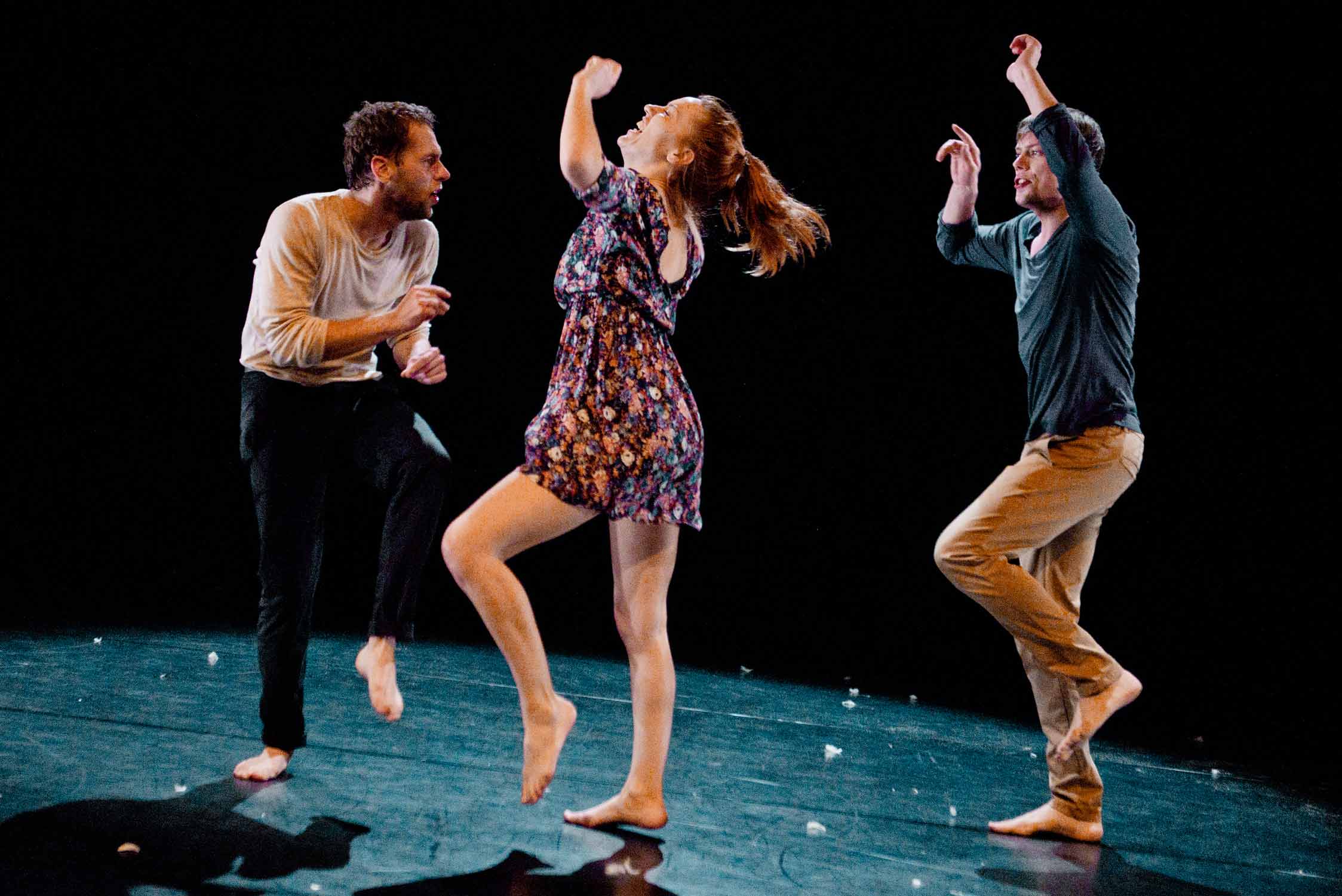 A multi award-winningdance show from Lithuania is headed for the Edinburgh Festival Fringe.

Contemporary? has become the dance sensation of recent years in its home country and will take up residency at ZOO.

Three of the best known and experienced dancers and choreographers in Lithuania (including a well known stage and TV actor) have pooled their talents to create an ironic parody of contemporary dance that gleefully exposes the clichés of the genre, whilst at the same time displaying thrilling skills and outperforming most of their peers. No trite movement is forgotten, no embarrassing costume detail overlooked, no hackneyed phrase omitted. Affectionate and acerbic in equal measure, Contemporary? is a lovingly crafted, self-deprecating homage to po-faced cliché.

Contemporary? is the first collaborative work from Agn? Ramanauskait, Paulius Tamol and Mantas Stabainskas. It won the prestigious Golden Stage Cross at the Lithuanian Theatre Awards as Performing Arts Phenomenon of the Year, while Mantas Stabainskas won Best Dancer of the Year. Agn Ramanauskait was nominated for Best Actress in a Leading Role and lighting designer Povilas Laurinaitis for Best Young Artist of the Year.

The show has become a phenomenon in Lithuania, appearing as guest of the honour at the biggest art festivals with one of the busiest touring schedules in the country. It has already toured to Germany, Poland, Estonia, Belarus, Azerbaijan, Ukraine, Latvia and the UK. Post Fringe it will tour to Italy, Bulgaria, Albania and China.

Arts Printing House is a non-profit artist-run space based in the old town of Vilnius that seeks to
develop a new understanding of creativity within modern society. Contemporary? is one of a group of four Lithuanian dance shows at Zoo. http://menuspaustuve.lt/en