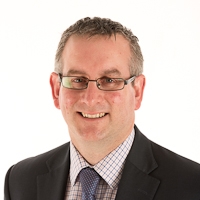 Councillor Keith Robson represents the Liberton/Gilmerton ward in the city.

Do you want to take part in a pilot project which will give children in your street to play out safe from vehicles? The City of Edinburgh Council has launched a pilot scheme to promote ‘Playing Out’ following representation from a group of parents keen to see this initiative which operates successfully across the UK replicated in Edinburgh.

The pilot which runs from July to October will operate within neighbourhood areas and will be free to access.

I would like to commend the Edinburgh Playing Out group for their commitment to the concept and for their willingness to engage with the Council in such a positive manner.

The benefits of playing out range from: children learning new skills to the new opportunities for socialising and friendships; as well as the opportunity for neighbours getting to know one another.

Where one-off playing out sessions have previously happened across the city then these benefits came to the fore as well as many more.

For further details and an application form to submit a request to participation in the pilot scheme in your area then go to the council website.

You can also read the guidelines below: