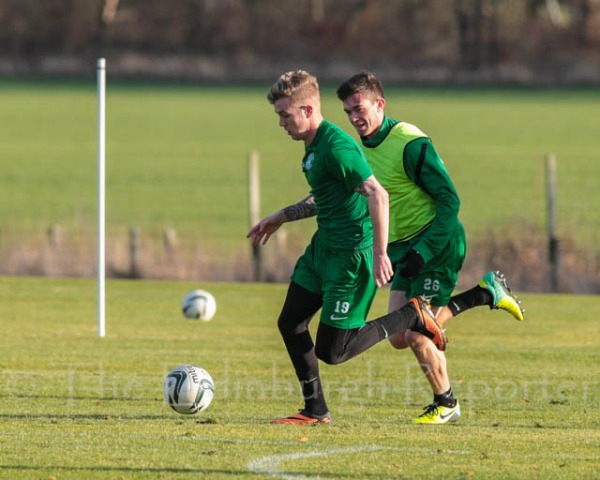 Hibs’ midfielder Danny Handling will miss the start of the season after suffering knee cartilage damage in a training ground incident.

Handling missed the entire 2015/2016 campaign after suffering a cruciate knee ligament injury in a pre-season friendly against Berwick Rangers although he was a surprise inclusion to the squad for the Scottish League Cup final although he did not play.

Hibs fans feared the worst yesterday when they saw him enter the West Stand on crutches however Head coach Neil Lennon revealed although the injury is to the same knee, it is less serious than first thought and he is likely to be out for four to six weeks.

When asked about the extent of the injury after yesterday’s victory over Birmingham City,  Lennon said: “ It is not a cruciate problem, it is more an issue with the cartilage. We are looking at four to six weeks, but he isn’t having much luck at the minute.

“It is the same knee he had the problem with last year but it is not as sinister as it could have been.

“Sometimes when you have these long-term injuries you can get additional little niggles and bangs. He as just taken a little twist and, at first, we thought ‘oh, he’s in trouble again’ but thankfully it’s a different issue.

“I was out a long time myself, but he has time on his side and we are in no rush to get him back.”