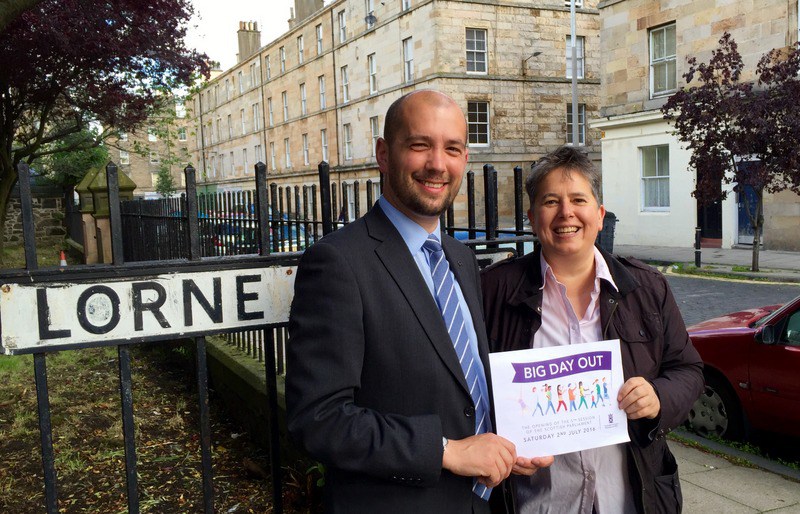 A fight has been ongoing in Leith’s Lorne Street this year to keep tenants in their houses which they have rented from the Agnes Hunter Trust for years.

The local MP and MSP have both been involved; Ben Macpherson MSP and Deidre Brock MP recently met with the Housing Minister Kevin Stewart to discuss the issue.

The Minister has now written to the trustees to explore the matter further.

The Agnes Hunter Trust recently issued a statement assuring that all tenants would be safe while advising that a sale of the properties to Port of Leith Housing Association in order to secure the future of the tenants had fallen through. The Trust were given a six month window by the City of Edinburgh Council during which they had to agree not to serve any further notices to quit on tenants.

The Trust is now negotiating with another Housing Association whose identity has not been disclosed to the tenants. Nevertheless the tenants say they are ‘hoping for a positive outcome of these negotiations as they are desperate for their lives to go back to normal without the fear of eviction constantly lingering in the back of their minds’.

SNP MSP for Edinburgh Northern and Leith Ben Macpherson has selected Lorne Community Association’s Secretary Melanie Weigang as his Local Hero to take part in the Opening Ceremony of the Fifth Session of the Scottish Parliament tomorrow, 2 July 2016.

Ben Macpherson said: “Being asked to select a Local Hero from Edinburgh Northern and Leith was, I’m happy to say, an incredibly challenging task. There are so many outstanding local groups and individuals doing remarkable work for our community. But Melanie and the LCA stood out.

“Melanie has worked tirelessly to resist the proposed evictions in Lorne Street, facing herself and her neighbours. It is brilliant to be given the chance to celebrate and appreciate her efforts and commitment to her community.

”Melanie said: “I am absolutely delighted that Ben has nominated me to be his Local Hero on behalf of the Lorne Community Association. This is a great acknowledgement of all our hard work to save our community.”

In the past being an Agnes Hunter tenant meant that you had a house for life.

“We were promised a tenancy for life”, said one tenant. “Stay as long as you like”’, another was told.

There are tenants of all ages in this close-knit community and they have all been worried for their futures since being notified by the Miss Agnes Hunter Trust that they had to sell the property portfolio. The Trustees had determined that being landlords was no longer in line with the objectives of the trust.