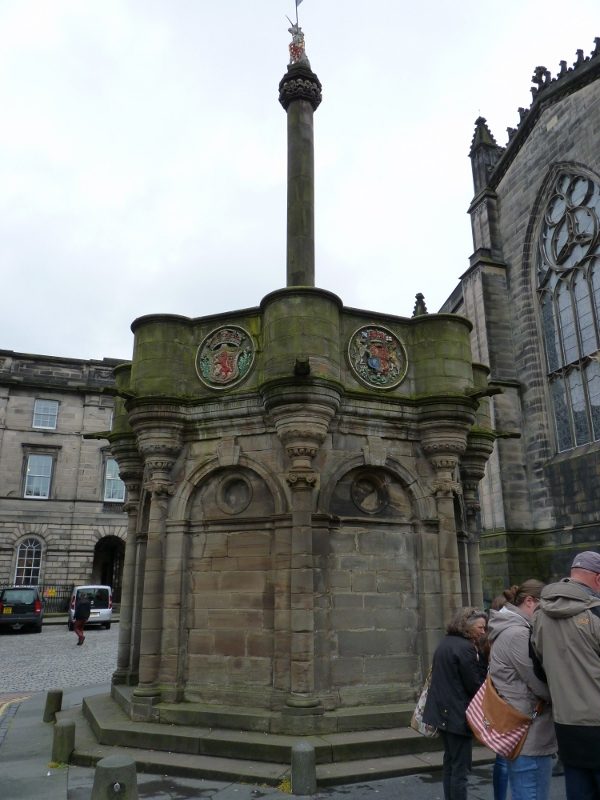 The market cross in Edinburgh has seen a lot of history pass by. It’s been there, in one form or another, since 1365, the platform for calling elections and making public announcements. The version we see today was put there in Victorian times by none other than William Gladstone.  What would he be thinking this week as we approach another crazy milestone in our history?

I’ve always been against referendums, especially close ones.  They are so divisive and can hinge on the whims of puzzled and undecided voters.  I think it’s better to wait until there is a “settled will” before going to the people in this way.  I don’t imagine David Cameron ever thought the vote on EU membership would be so close.  With just days to go to Turbulent Thursday, the opinion polls are jittery.  Across the UK, the Remain and Leave campaigns are running neck and neck. In Scotland, Remain support has topped at 67 per cent but may be falling, according to the very latest polls. There are still a lot of undecided voters…..12 or 13 per cent in most polls.

This week, Nicola Sturgeon decided it was time to get tough. She declared that if Britain votes to leave the EU on 23rd June, Scotland would suffer under “the most right-wing government of modern times.” Her bogie men are Boris Johnson, Ian Duncan Smith and Michael Gove, the three Tory Brexiteers who have been leading the Leave campaign.  They accused her of mounting a “McFear” offensive.  Mr Gove even came north, to his old home in Aberdeen, to hint at more powers for Scotland if we leave the EU.

Meanwhile, Alistair Darling, Labour’s former Chancellor of the Exchequer, left his home in Edinburgh to go to London to team up with the current Chancellor George Osborne to warn that the UK’s public finances would be plunged into a £30bn deficit if we left the EU. That would mean, they said, a 2p rise in income tax and big budget cuts to education and the NHS.  Nigel Farage, steaming up the Thames in flotilla of “Leave” fishing boats, said that was more of Project Fear.

On Thursday afternoon I went to a European Movement meeting just up the Royal Mile from the market cross. The atmosphere was “worried”.  Leaders from all five main parties in Scotland spoke passionately in favour of remaining in the EU, each from a different perspective. Like the Prime Minister, none of them expected the vote to be this close and all of them recognised that Thursday is a more important day than a general election.

Yet it doesn’t seem like that.  There’s an air of us sleep-walking into this historic decision.  Like last week, there’s still no outward sign of the referendum in Scotland, no window posters or car stickers, or crowds of leafleteers in the streets, let alone public demonstrations or marches.  The campaign is largely being fought on radio and television.

The reason, we are told, is that the main parties in Scotland are all arguing one way and a Remain vote is a foregone conclusion here. It’s also true that immigration is not such a big issue in Scotland as it is in England and somehow, the English have confused the issue of immigration with membership of EU.

Looking at the campaign from north of Hadrian’s Wall, I see two Englands fighting it out…..the old and the new.  The old England is one of the 1950s, the plucky little island who’d defeated Hitler and remembers the Empire. They are the proud old middle class, independent, successful, conservative.  Then there is the new England, which has come to terms with the modern world, recognises its complexity, it’s global nature, and its acceptance of equality.

Somehow I just can’t see the Leave side winning, though the Remain side may have to rely on Scotland for the victory.  I think on that fateful Thursday morning, the undecided will choose to remain, persuaded that the economic risk of leaving is too great. They will accept the experts’ advice with a shrug of the shoulders.

I predict that in a year’s time, we will all wonder what the fuss was about. Britain will be back at the table in Brussels arguing for yet more exemptions but resigned to membership of European Union, till death us do part. 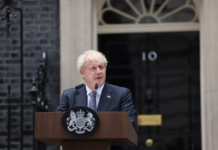