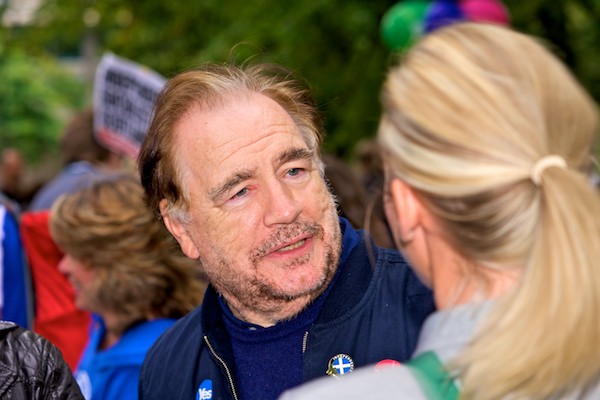 There will be many stars in Edinburgh over the couple of weeks when the Edinburgh Intnerational Film Festival is on. Here are just a few:

Hollywood legend Meg Ryan will be in attendance at the Festival with the directorial debut of her elegant and moving period film ITHACA, which features a cameo from her Sleepless in Seattle co-star Tom Hanks Golden Globe-nominated Dundee native Brian Cox has two films premiering at the Festival, and will be in Edinburgh for both THE CARER and THE FORSAKEN while indie darling Robert Sheehan will return with the cast of hedonistic thriller JET TRASH.

Other notable guests gracing the Festival this month include Will Poulter, Sebastian de Souza, Preston Thompson, Alma Jodorowsky and director Chris Foggin all in attendance for the screening of coming-of-age drama KIDS IN LOVE, which stars Cara Delevingne.

EIFF patron James Cosmo will also join Clancy Brown at the HIGHLANDER screening; director Nick Love will be in attendance of the screening of AMERICAN HERO; and the legendary filmmaker Lizzie Bordenattend a screening of her film REGROUPING, which has only been screened to the public four times, once in 1976 when it premiered at the EIFF.

Mark Cousins will be at the Festival to present the UK Premiere of his provocative new work, BIGGER THAN THE SHINING, and Ian Megibben, Cinematographer of FINDING DORY will be here to present the film and launch EIFF’s YOUTH HUB with a special animation event; HOW TO SEE THE SEA, CRAFTING THE LIGHTING OF FINDING DORY.

Get out and spot the stars this June!