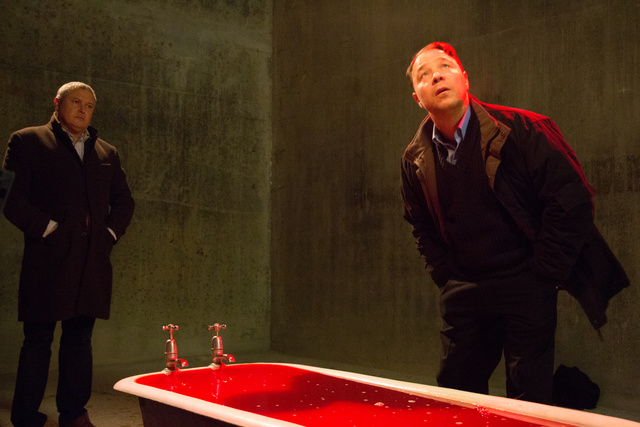 A Patch of Fog is a dark comic thriller tale featuring powerful performances from its two leads, Stephen Graham from HBO’s award-winning Boardwalk Empire and Conleth Hill who plays Lord Varys in the critically acclaimed television series Game of Thrones.

In this unnerving psychological tale, Sandy Duffy (Hill) is a celebrated novelist and TV personality who finds his reputation on the line when caught shoplifting by a friendless security guard Robert (Graham).  Robert lets Sandy go on the condition that they share a drink after work, but one drink quickly turns into a string of rendezvous as Robert reveals just how desperately lonely he is.  His determination to fashion Sandy into the best friend he never had soon becomes obvious. He audits Sandy’s class, worms his way into his social calendar, and finds ways to get close to Sandy’s girlfriend, Lucy (Lara Pulver). Every time the beleaguered professor is certain he’s shaken off his blackmailer, he is reminded that, in a world where much of what we do is captured on camera, it’s impossible to avoid leaving a trail.

As we watch on it soon becomes blurred as to which of the two is the sociopath, as they are clearly both very lonely characters, within the confines of vastly different lives.

With a suitably subtle dark score composed by Gary Lightbody and a poetic film ending, this sees British film-making at it’s best. With fantastically magnetic performances from Hill and Graham, this is not going to be the last we hear of Michael Lennox. This director is simply gearing us up for more with this auspicious directorial debut.

For more on this and other films screening at the Edinburgh International Film Festival click here.

The film will be released through Alarm Pictures and Icon Film Distribution.