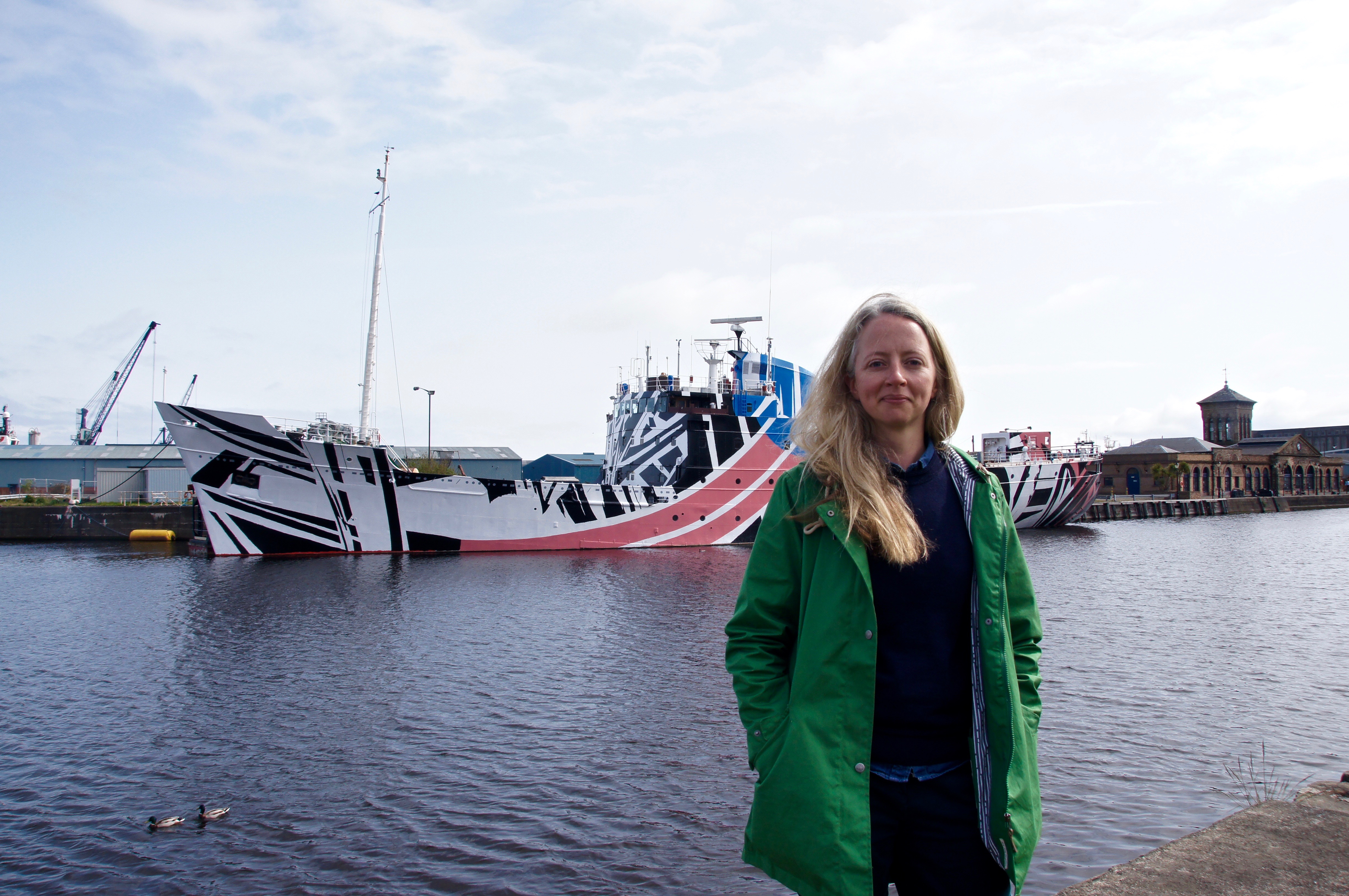 Down in Leith Dazzle Ship Scotland has arrived. MV Fingal has been preserved by The Royal Yacht Britannia Trust. She was built in 1963 in Glasgow and worked as a support ship for the lighthouses from Oban and Orkney. After her dazzling appearance this summer she will be converted into a floating hotel.

During the First World War ships were painted or ‘dazzled’ in an effort to ward off attempts by German U-boats to sink them. The painting was largely undertaken by women. Leith Docks was busy a hundred years ago with cargo, troops and wounded soldiers. The port had guns and searchlights to defend the Forth.

Socha Carey, Director Edinburgh Art Festival, said: “Women were critical in developing the dazzle design as they were in almost all aspects of the war effort. They took a wide variety of roles, even working as tram drivers and telegraphists.

“I specifically mention telegraphists as Ciara has long been interested in the history of signs and signals. On the side of the boat’s bow there is a Morse code message which reads ‘Every woman a signal tower’. ”

Every Woman is the fourth in the series of dazzle ships commissioned to mark the centenary of the First World War. The others are the HMS President in London, Mersey Ferry Snowdrop on the River Mersey and Edmund Gardner in Liverpool.

She will take part in the Jutland celebrations at South Queensferry on Saturday 28 May 2016.

Living and working in Scotland the artist is Canadian-born and in 2014 was nominated for the Turner Prize.

There is an app which allows you to remix work by contemporary artists called Dazzle It from the App Store or Google Play.