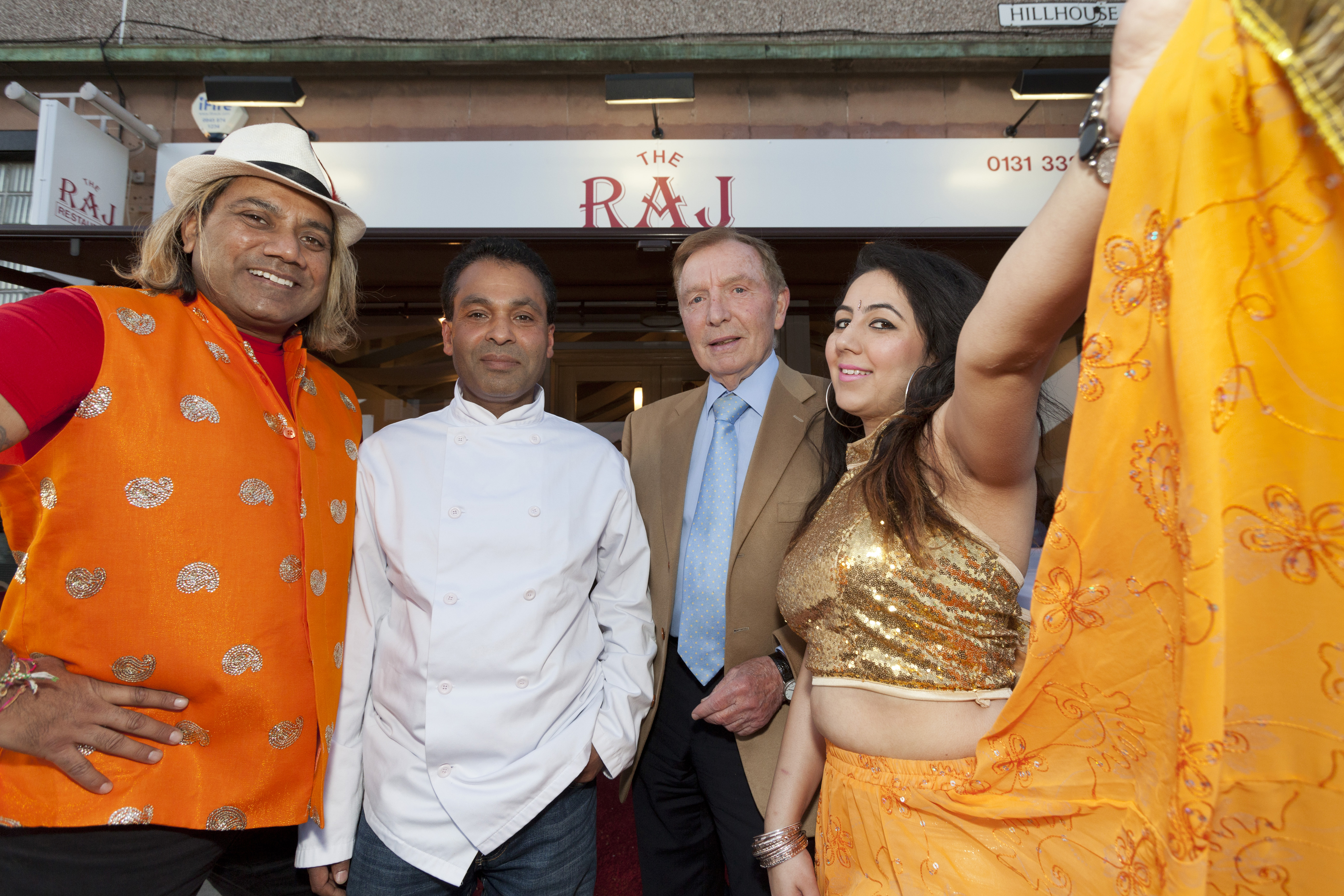 Tommy Miah the Scottish/Bangladeshi entrepreneur has opened a new restaurant called The Raj in Blackhall and invited another Tom – entrepreneur Sir Tom Farmer – to perform the opening ceremony.

Sir Tom is a great fan of Miah’s cooking which he and his Kwik-Fit team enjoyed in the 1980s when they were starting out in business in Leith. They used to eat many curries from Tommy’s Verandah Restaurant in the wee hours after they finished work at 11.30pm and the pair became firm friends.

Tommy Miah is Bangladeshi born and came to Scotland in 1981. He is now famous in both homes for ‘hospitality’. He opened his first restaurant when only 21 and runs the Tommy Miah’s Institute of Hospitality Management in Bangladesh where the ethos is very much one of ‘putting back’.

Following a trip to hospital when he suffered a burst appendix he decided to get back into the kitchen and give something back to the ward where he was treated.

He has pledged a significant donation from his restaurant’s takings to the Royal Infirmary of Edinburgh.

Miah said: “I vowed to give something back to the great people that saw me back to full health last year when I suffered a burst appendix.  During my recovery I stepped back and realised I wanted to get back into what I am passionate about – hospitality, and so I decided to start a new The Raj restaurant.

“In the newly opened The Raj restaurant in Blackhall Edinburgh, we will feature winning recipes from our Curry Chef competition in the new restaurant, recipes from my book The Kitchen Doctor (which has a foreword by Her Majesty the Queen) and we are planning lots of other exciting events in the course of the year.”