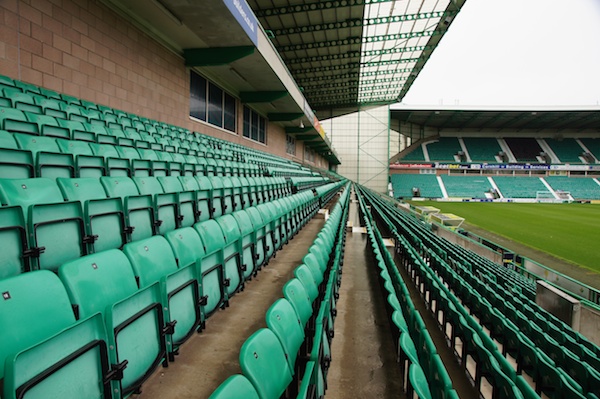 Hibs’ Head Coach Alan Stubbs has declined to confirm whether Hibs will provide a guard of honour for champions Rangers ahead of tomorrow’s game at Easter Road.

Rangers won the title over two weeks ago and since then they have played Peterhead and Celtic, both in cup competition.

Traditionally players are awarded a ‘guard of honour’ on the next league game that they play, however there are no specific rules on the subject. The fact that both teams will meet next month in the Scottish Cup final only adds to the intrigue.

When asked about the possibility of the Hibs’ players doing this, Stubbs told Sky Sports: ” What I have certainly done is to have wrung Mark (Warburton) personally as soon as they won the title but we are very concentrated on the game itself and what we need to do tomorrow and I think that is the most important thing.

“We all want to see the game. It’s not about other issues. The most important thing is that you will see two good teams tomorrow night.

Midfielder Marvin Bartley however insisted that he did not want to participate.

He said: “It’s not something I think about. I am not a professional guard of honour guy. I’m a professional footballer and I am out to win games and not clap people. If I wanted to clap people I would be a fan.”

The majority of supporters on social media are firmly against Hibs applauding Rangers onto the field.