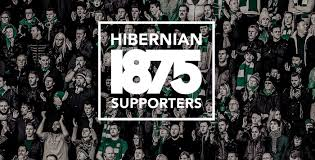 Hibs’ legend Pat Stanton was presented with an honorary membership at the first Annual General Meeting of Hibernian Supporters Limited on Saturday.

The membership, sponsored and presented by the Hibernian Supporters Association, was described as “an honour” by  the former fan, captain and manager.

Pat said: “I’m a Hibs fan, and I’ve been fortunate enough to have played for and managed the Hibs. When you receive something from supporters it’s extra special, and it’s an honour to accept it from the Hibernian Supporters Association.”

Those in attendance at the AGM were treated to a question and answer session with Pat and a host of former Hibernian players, who shared wonderful stories and memories from their time at Easter Road.

The formal business of the day also included a Q&A on HSL. It was disclosed that membership after the first year stood at over 1400, and HSL now holds an 8% shareholding in Hibernian FC.

Memberships start at £7.73 a month, and supporters can join online at hiberniansupporters.co.uk.