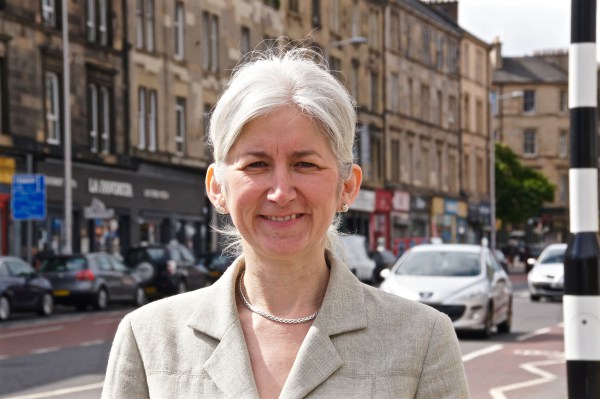 Councillor Marion Donaldson is Labour councillor for Leith Walk ward. Earlier this week she was in Brussels.

As a City of Edinburgh councillor, no two days are ever the same. This week, I made a two-day visit to Brussels as part of the Fabian Women’s Network Mentoring and Political Education Programme, and found myself caught up in Tuesday’s dreadful terrorist attacks.

We had a full schedule planned and over breakfast that morning I’d chatted enthusiastically with my group about the day ahead. We were all looking forward to our visit to the European Parliament. With the much-discussed referendum fast approaching, it was an opportunity for us to clarify our thoughts and ask the MEPs searching questions.

It was morning rush hour and on the Brussels Metro we were squeezed shoulder to shoulder. It was a relief to disembark at Trone Metro Station and to emerge again into bright sunshine. As we made our way to the Parliament buildings, sirens shattered the perfect spring morning: the first signal that something was badly wrong. Then news of the explosions at Zaventem International Airport filtered through. Mobile phone networks were reaching saturation as text messages began to arrive from loved ones – where are you? are you safe?

After a short walk, we arrived at the European Parliament and were checked through security. It was here that we learned that a bomb had been detonated at the Maelbeek Metro Station, approximately 900 metres from where we had disembarked. The Parliament, a clear target, was in lockdown; ours was the only visiting group allowed in.

There is a saying that there is peace even in a storm and this is where we found it. Despite the tragic circumstances, the programme for the day continued as best it could.

So little of the good work that the EU does is reported in the UK press. Although we were all very deeply shaken by what had happened, the day was a chance to find out about this work and to discuss why staying in Europe matters.

If Britain left the EU, many of the rights that we currently enjoy would be lost: the rights of part time workers, women, children and pensioners too. It’s easy to forget that the European Union was set up with the specific intent of preventing war between European countries from ever happening again. Europe today faces other pressing problems: from climate change to the refugee crisis. We need to work with our European neighbours to help solve these problems, just as we did in the aftermath of WWII.

As we made our way home, and the full scale of the day’s events became horrifyingly clear, the need for a unified Europe, a social Europe, working for the benefit of all, seemed even more poignant and necessary.