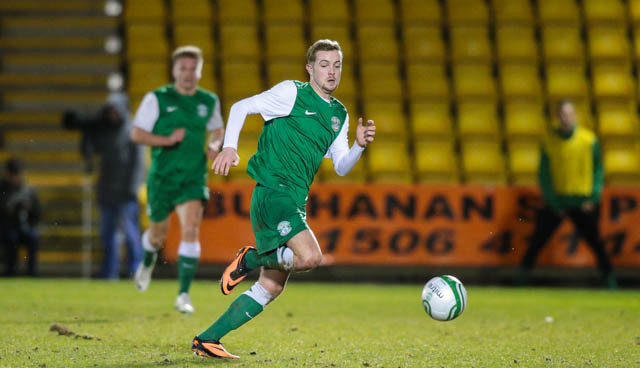 Handling played 45 minutes in what was his first match since suffering a cruciate ligament injury against Berwick Rangers last July although he did feature on the bench in Hibs’ League Cup Final defeat to Ross County.

The only goal of the game was scored by Aaron Dunsmore in the 15th minute.

After the game Handling told the club website: “It was a good result in the end, I think the team played to their strengths, we defended as a unit and attacked well. It was a well-worked goal which decided the match.

“I was actually going to ask to play a bit longer, but it was probably sensible for me to take it one step at a time.

“It’s been a frustrating last few months, with the team doing so well I’ve been disappointed not to be involved.

“I’m over the moon to get the first 45 minutes under my belt, I’m just hoping to get back in that starting 11, and I’m one step closer to doing that now.”