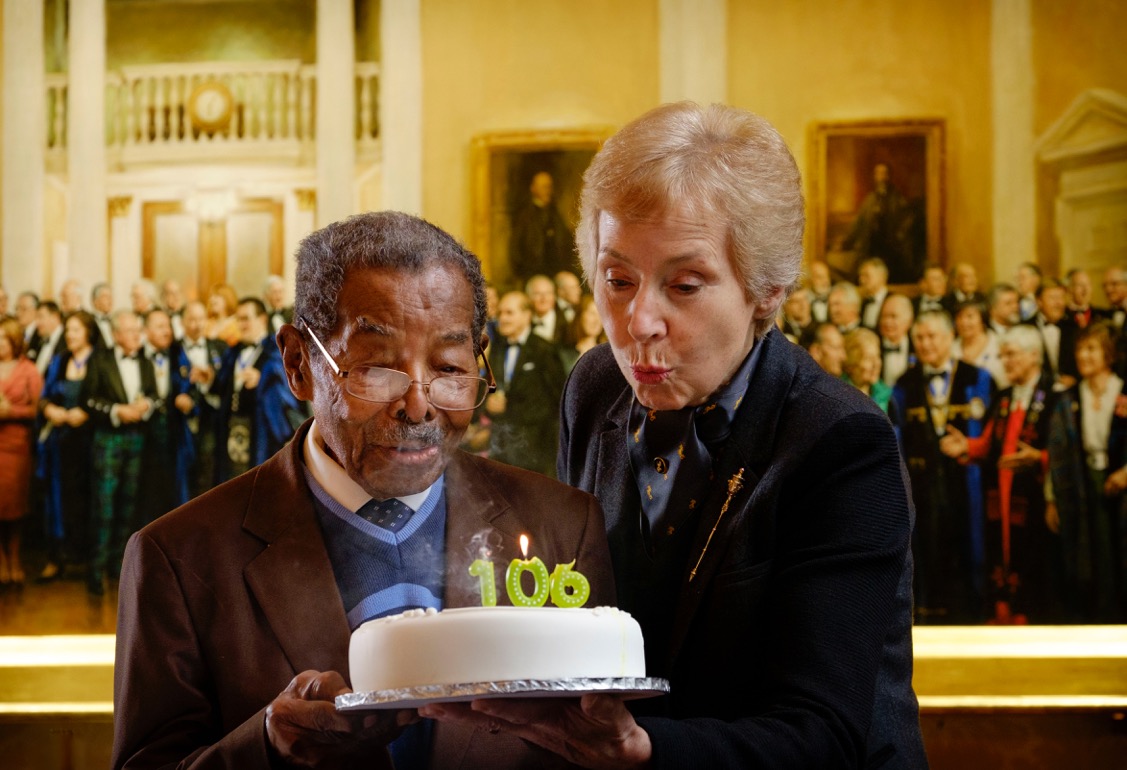 Sam Martinez, the well known Edinburgh pensioner and fanatical Hibs’ fan who was born in 1910, when no women and only some men had the right to vote in Scotland has celebrated his 106th birthday this week.

To mark the occasion in style, Sam Martinez and his family were invited to a special lunch held in his honour by The Merchant Company, Scotland’s pre-eminent livery company.

Pat Denzler, Master of the Merchant Company, welcomed Sam to The Merchants’ Hall where he was presented with a birthday cake, given a special lunch and talked to some of the Members about events in his life.

While the Suffragettes were calling for votes for women in Scotland in 1910, Sam was born far away in Belize, one of eleven children in his family.

In 1941, he was one of more than 800 men who travelled by ship from Belize, during World War ll, to Scotland where he worked as a forester. After the War ended, Sam decided to stay in Scotland where he raised a family and became an ardent Hibs supporter.

Sam is one of 250 older people in the Capital who receive a pension from The Merchant Company and he is their oldest pensioner by far.

Pat Denzler said: “It has been a great joy for us at The Merchant Company to celebrate Sam’s 106th birthday. He has had a remarkable life, having been through two World Wars, and has seen so many changes in the world. We wished him not only a Happy Birthday but many happy returns.”

Sam commented: “It has been great to celebrate another year in the beautiful city of Edinburgh which I call home.”