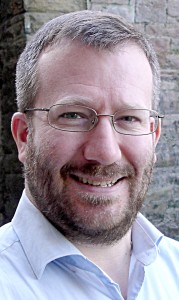 Contributed by Councillor Chas Booth Green councillor for Leith and Green spokesperson on the environment.

Air pollution is one of the biggest silent killers in Scotland. An estimated 2,000 early deaths a year are attributed to pollutants in our air, and the biggest cause of this is traffic.

Because of the seriousness of this public health crisis, I raised two questions at a meeting of Edinburgh Council today (Thursday 4 February 2016) to ask what the council is doing.

In answer, the council placed the blame on the Scottish Government. This simply isn’t good enough – while we do need stronger action from Scottish Ministers, the council could also be doing far more.

We need more proactive action from the council. I’ve blogged in more detail about this issue here:

Councillor Booth’s question posed to Councillor Lesley Hinds the Transport and Environment Convener and her answer read as follows:

QUESTION : By Councillor Booth for answer by the Convener of the Transport and Environment Committee at a meeting of the Council on 4 February 2016

What progress has been made in considering the introduction of low emission zones as a means of improving air quality in the city to within statutory limits?

This strategy includes developing a National Low Emission Framework (NLEF) to guide the type of measures introduced by local authorities, across Scotland, needed to improve air quality. Clean Air Zones / Low Emissions Zones are measures to be considered and it is a key objective of the framework to ensure that consistent and robust assessment processes are available to Councils.

It is clear that if we decide to promote Low Emission Zones in Edinburgh that this will require close partnership working with the Scottish Government. This will also include a requirement for appropriate funding to be made available and I have already fed this message quite clearly to Scottish Government Senior Civil Servants.

On 11th December 2015 in Edinburgh, the Scottish Government hosted the third of three elected member stakeholder events to update Councillors and seek their guidance and input on the best way forward to implement the strategy, which I attended along with Cllr Rose. The other two events were held in Dundee and Glasgow.

It is anticipated that the NLEF will be finalised by April 2016 and a report will be sent to the Transport and Environment Committee, in summer 2016.