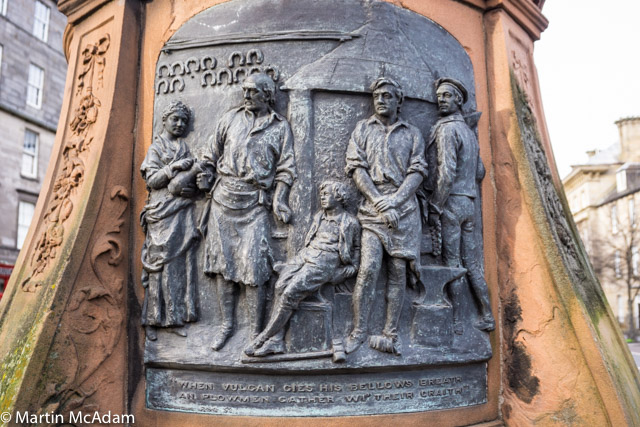 Free entry to the races for students

The Edinburgh Reporter was one of the 400 or so guests at the People’s Postcode Lottery Gala Dinner at the Assembly Rooms. It was a fabulous affair not because of the venue (although it is beautiful) or the speeches (which were inspiring) or the money handed out on the evening (only £5 million was handed out to the charities last night) but because of the stories.

Everyone had a story to tell about their charity, their application to the Dream Fund (some charities won £500,000 last night simply because they asked for it), but none was more inspiring than the story of Baruani Ndume Winner of the Children’s Peace Prize in 2009.

Here in Edinburgh there are several organisations who benefit from funding provided by the People’s Postcode Lottery, but significant funding has been provided to The Royal Botanic Gardens which was awarded £200,0000 to begin a new project saving Tanzanian forests.

The award will offer an opportunity for scientists from RBGE to collaborate with Tanzanian experts to identify vulnerable forests and empower local communities in Tanzania with the knowledge and resources to safeguard forests for the future.

Head of Genetics and Conservation at the Royal Botanic Garden Edinburgh, Dr Antje Ahrends, said: “This special award from players of People’s Postcode Lottery will help save Tanzania’s forests. Illegal timber logging costs Tanzania an estimated $60 million every year. But thanks to players of People’s Postcode Lottery plant scientists and botanists from Scotland can now work with local experts and communities to tackle forest degradation, delivering a lasting impact on conserving biodiversity and alleviating poverty.”

Queen Margaret’s Professor Brendan McCormack is a global authority on person-centred healthcare, quality improvement and care of the elderly.

He is to deliver his professorial lecture next month on the opportunities for change in the health sector.

The event will appeal to professionals working in nursing and healthcare, as well as members of the public who are interested in the future of health services in the UK.

The lecture is free but booking is essential. Places can be reserved at:http://www.qmu.ac.uk/conferencesEvents/publicEvents.htm, T: 0131 474 0000, ‘Events’.

Charities and their supporters’ right across Scotland are being encouraged to apply for the 2016 Scottish Charity Awards by Wednesday 18 March 2016.

The awards, which are free to enter, are organised by the Scottish Council for Voluntary Organisations (SCVO) and celebrate the work of charities, community groups and individuals who are dedicated to making Scotland a better and fairer place for everyone to live.

“Charities and other third sector organisations are committed to changing the lives of people across the country and to raising awareness of important causes. The Scottish Charity Awards are a great opportunity to shine a light on the huge difference charities make to life in Scotland.

““We’d like to hear from organisations large and small, and staff and volunteers in all parts of Scotland who have done amazing work this year and are really dedicated to their cause.” Musselburgh Racecourse have told us that they will throw open their doors at the Cheltenham Trials Raceday on 7 February 2016, but will especially welcome any students who are being offered free places.

This is one of the biggest events in the racing calendar at Musselburgh as it is a trials day for Cheltenham and Aintree later this spring.

Sarah Montgomery, Senior Operations and Commercial Manager at Musselburgh Racecourse, said: “This is one of the most exciting events in the Scottish jumps racing calendar, so we believe students will be delighted to take up free places.

“In November we had more than 150 students turn out for a meeting after we put on a special offer – and that was a record for a Scottish racecourse. For most it was the first time they’d enjoyed a full day at the races and the feedback was that they absolutely loved it.

“We are just six miles from the centre of Edinburgh so we are easily accessible to the huge numbers of students based in Edinburgh as well as those in East Lothian.  It makes sense for us to start reaching out to a new generation of racegoers and letting a new audience find out what a brilliant day out it is.

For racegoers travelling by train, Musselburgh Racecourse provides a free bus shuttle service to and from Wallyford Station and for people using the Borders Railway line, a new shuttle service will operate from Newcraighall Station.

For further information and to book tickets visit www.musselburgh-racecourse.co.uk Corstorphine Public Hall will have to be rebuilt after a fire caused widespread damage in 2013.

The fundraising is now underway following a launch at Corstorphine Bowling Club yesterday attended by the Lord Provost and led by the Rev Moira MacDonald who is the local minister.