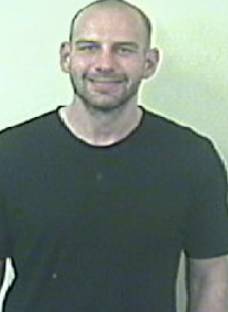 Police are appealing for information to help trace a man reported missing in the Capital.

Daniel Hannan was last seen in the Morningside area around 7am on Thursday 24th December.

Since then the 31-year-old has failed to make contact with family or friends and concern is now growing for his welfare.

Anyone who knows his current whereabouts is asked to come forward.

Daniel is described as white, 6ft 2ins tall with a slim build and dark hair that is balding on top. He was last seen wearing a dark round neck jumper and dark trousers.

It is believed he has friends and associates within the Morningside and city centre areas, as well as in Fife.

Inspector Stephen Rosie from St Leonard’s Police Station said: “It has been almost a week since Daniel was last seen and we are obviously eager to find him as soon as possible and ensure he is safe.

“Anyone who believes they have seen him since Thursday 24th December, or who knows where he is, should contact police immediately.

“In addition, I would also ask Daniel to get in touch so we can establish that he is alright.”