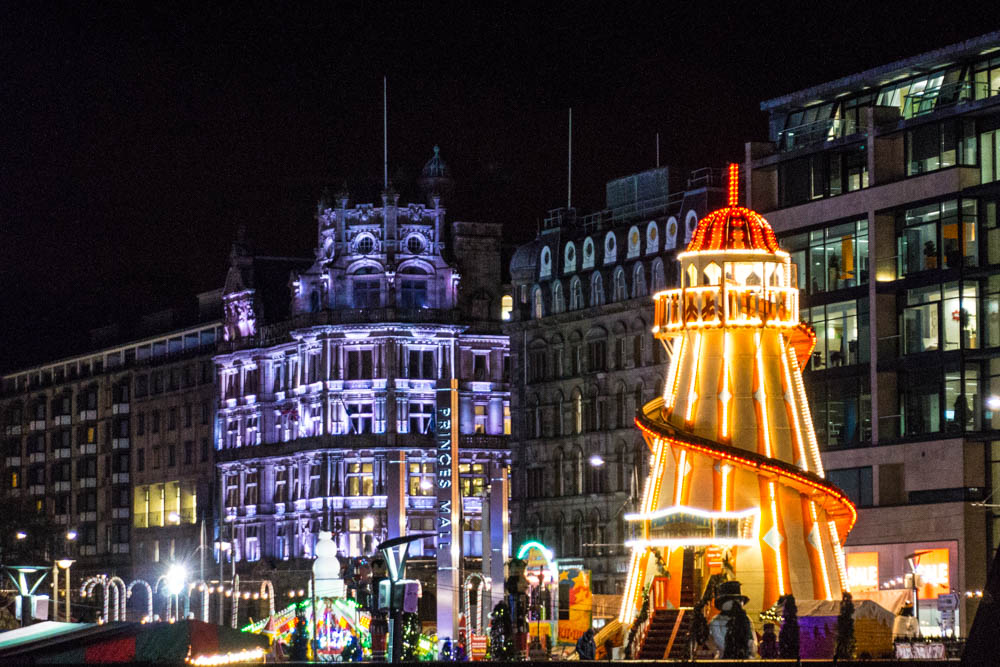 Microchips will become compulsory for dogs in 2016

Hogmanay Ceilidh for all the family

Dog owners across Scotland are being urged to make it their New Year’s resolution to get their animal microchipped.

From April, it will be compulsory for all dogs in Scotland to have a chip with their owners’ details registered and kept up to date in a database complying with certain conditions.

The forthcoming change in the law was highlighted by Rural Affairs Secretary Richard Lochhead -the Scottish Government Minister with lead responsibility for animal welfare – on a visit to the Dogs Trust rehoming centre in West Calder.

“Now is the time many of us make New Year’s resolutions – and I urge all dog owners to make it a priority to get their dog microchipped before the law changes and it becomes mandatory in April.

“Compulsory microchipping will help reduce the number of lost and abandoned dogs in Scotland – safeguarding animal welfare and promoting responsible ownership. As well as reuniting pets with their owners, it will allow authorities to directly identify dog owners and hold them accountable for their dogs’ behaviour and welfare.

“Dogs Trust is offering free microchipping at its two rehoming centres in Scotland, as well as at selected veterinary practices until the middle of January, and until March at mobile drop-in events.

“My New Year message to all dog owners is to make 2016 the year of your dog and make the most of the free microchipping offers while they are available.”

“We were delighted to welcome the Cabinet Secretary to West Calder to meet Stephanie, a 6 month old Shih Tzu puppy, who has been looking for a new home and will happily be joining her new family very soon. Sadly, Stephanie was not microchipped when she was found straying by the local authorities, so they were unable to find her owners.

“Dogs Trust is the UK’s largest dog welfare charity, with our West Calder centre having rehomed 11,000 dogs since it opened its doors in 1994. Reducing Scotland’s stray dog population of over 1,400 dogs* is at the very heart of our ethos, which is why we have committed to ensuring dog owners have access to free microchipping at our two Scottish rehoming centres in Glasgow and West Calder, or at one of our many drop-in events across the country.

“We are pleased that from April microchipping will be compulsory in Scotland, but we continue to remind owners that no matter how responsible they are, there is a chance their dog could get lost like Stephanie. Microchipping is the most effective way to assist in a lost dog being returned to their owner, however, to enable this it is important that owners keep their database details up to date.”

Edinburgh nightclub Cav has donated £6,000 for specialist equipment to help children with breathing problems at the Royal Hospital for Sick Children.

The money from the club’s Echo Trust charity will buy a flexiscope or flexible camera to inspect children’s breathing passages. It will help with the diagnosis and treatment of children who have allergies, balance problems, thyroid issues, head and neck cancer and also children who are struggling to breathe.

Mark Cameron, manager of the Tollcross venue, said: “We are long-time supporters of the Sick Kids Friends Foundation and have raised £129,000 for the cause over ten years. It is a way for us to give back to the community and show how much we value the amazing care the hospital provides for children and their families.”

Susan Veitch, the partnerships manager at the Sick Kids Friends Foundation said: “The Echo Trust has been very supportive of the Sick Kids Friends Foundation in the past and it is fabulous that they are helping us to purchase a flexiscope. This state of the art equipment will ensure children with breathing problems will have a more accurate diagnosis. It is this sort of equipment which can transform the experiences of children and young people in hospital.”

Cav is part of The Deltic Group which operates 58 bars and clubs across the UK, employing more than 2,000 people. Deltic set up the Echo Trust to grant awards to local children’s charities. Since it was established in 2002 the Echo Trust has raised more than £2.5 million. Money is distributed to causes that are important to its customers.

Plan ahead for Hogmanay with a family friendly ceilidh at the National Museum of Scotland on Chambers Street.

From 14:00 you can dance to the Canongate Cadjers Ceilidh Band. Experience not necessary!

Until 9 January 2016 there is an exhibition of artwork from An Illustrated Treasury of Scottish Mythical Creatures. Scottish fine artist Kate Leiper exhibits the stunning artwork created for this new book, written by award-winning author Theresa Breslin.

Theresa’s retellings of traditional folk tales from across Scotland are brought to life by Kate’s evocative illustrations of mysterious selkies, bad-tempered giants and even Loch Ness’ most famous resident.

Scottish Storytelling Centre High Street from 10am till 6pm. The centre is not open today but will reopen tomorrow Tuesday 29 December 2015.

So for those of you who are spending these days between Christmas and New Year organising your new diaries here are the dates for Edinburgh’s Festivals next year!

The festival year gets underway with the Edinburgh International Science Festival, the world’s first and Europe’s largest science festival is a two week celebration of science and technology, providing endless fun for all the family and the perfect activity over the Easter break. The festival also features a programme of entertaining evening events for adults that offers nights out with a scientific twist featuring discussions, debates, performances, food and drink and memorable interactive experiences.

This truly magical festival showcases and celebrates the best of children’s theatre from home and around the world, with performances that will delight and inspire the young and young-at-heart. The Imaginate Festival is now the UK’s largest festival of performing arts for this group.

A mix of red carpet glamour, innovative and exciting cinematic discoveries and massive audience appeal makes Edinburgh’s Film Festival one of the world’s most popular and approachable celebrations of cinema. Past premières have included Dr Zhivago, Taxi Driver, Manhattan, Blade Runner, Back to the Future, Pulp Fiction, ET: The Extra Terrestrial, The Motorcycle Diaries, and Oscar® triumph The Hurt Locker.

Kicking off Edinburgh’s summer festival season the Edinburgh Jazz and Blues Festival, the biggest festival of its kind in Britain presents over 150 gigs at 13 venues over 10 days. From the magic mirrors of the grandiose Spiegeltent to the opulence of the Festival Theatre and from get-down funky clubs to intense listening experiences – the festival matches the music to some great venues including a 17th century church turned hip jazz club.

Edinburgh Art Festival the UK’s largest festival of visual art which brings together the capital’s leading galleries, museums and artist-run spaces, alongside new public art commissions by established and emerging artists and an innovative programme of special events – the vast majority of the festival is free to attend!

The iconic Royal Edinburgh Military Tattoo features on many a ‘bucket list’ and with good reason! Music, dance and precision display with the Massed Pipes and Drums, the Massed Military Bands, cultural troupes, singers and the poignant refrain of the Lone Piper against the stunning backdrop of Edinburgh Castle – each year is different from the last and absolutely unforgettable. The first Edinburgh Tattoo took place in 1950 and from this day to this, not one performance has ever been cancelled!

The world’s largest arts festival, the Edinburgh Festival Fringe allows thousands of performers to take to hundreds of stages all over the city to present shows from just about every art form. From big names in the world of entertainment to unknown artists looking to build their careers, the Fringe has it all whilst remaining totally open-access and proud to include in their programme anyone with a story to tell and a venue willing to host them.

Every August, the Edinburgh International Festival transforms one of the world’s most beautiful cities, presenting three exhilarating weeks of the finest creators and performers from the worlds of the arts. Edinburgh’s six major theatres and concert halls, a few smaller venues and often some unconventional ones too, come alive with the best music, theatre, opera and dance from around the globe.

Edinburgh International Book Festival is largest public celebration of the written word in the world and offers over 800 events featuring the world’s greatest writers and thinkers. From rising stars of fiction to Nobel Prize-winners, it’s a place where audiences and authors gather to share ideas, have thought-provoking discussions, be entertained, informed, enthralled and challenged. There is also a wonderful programme of events for children and young adults featuring the finest writers and illustrators.

Scotland’s biggest festival of world music, dance, and food, with South Asian roots and an international spirit. From Ghanian drumming to Polish folk, Brazilian capoeira and elegant Argentine tango, to gritty Bangladeshi hip hop, the Mela brings together music, dance and performance from all over the world in one joyous, vibrant, weekend-long celebration.

Inspired by the Scottish ceilidh tradition and its sense of togetherness, the festival is a 10-day celebration of live storytelling, oral traditions and cultural diversity, bringing together a large number of Scottish and international storytellers and musicians.