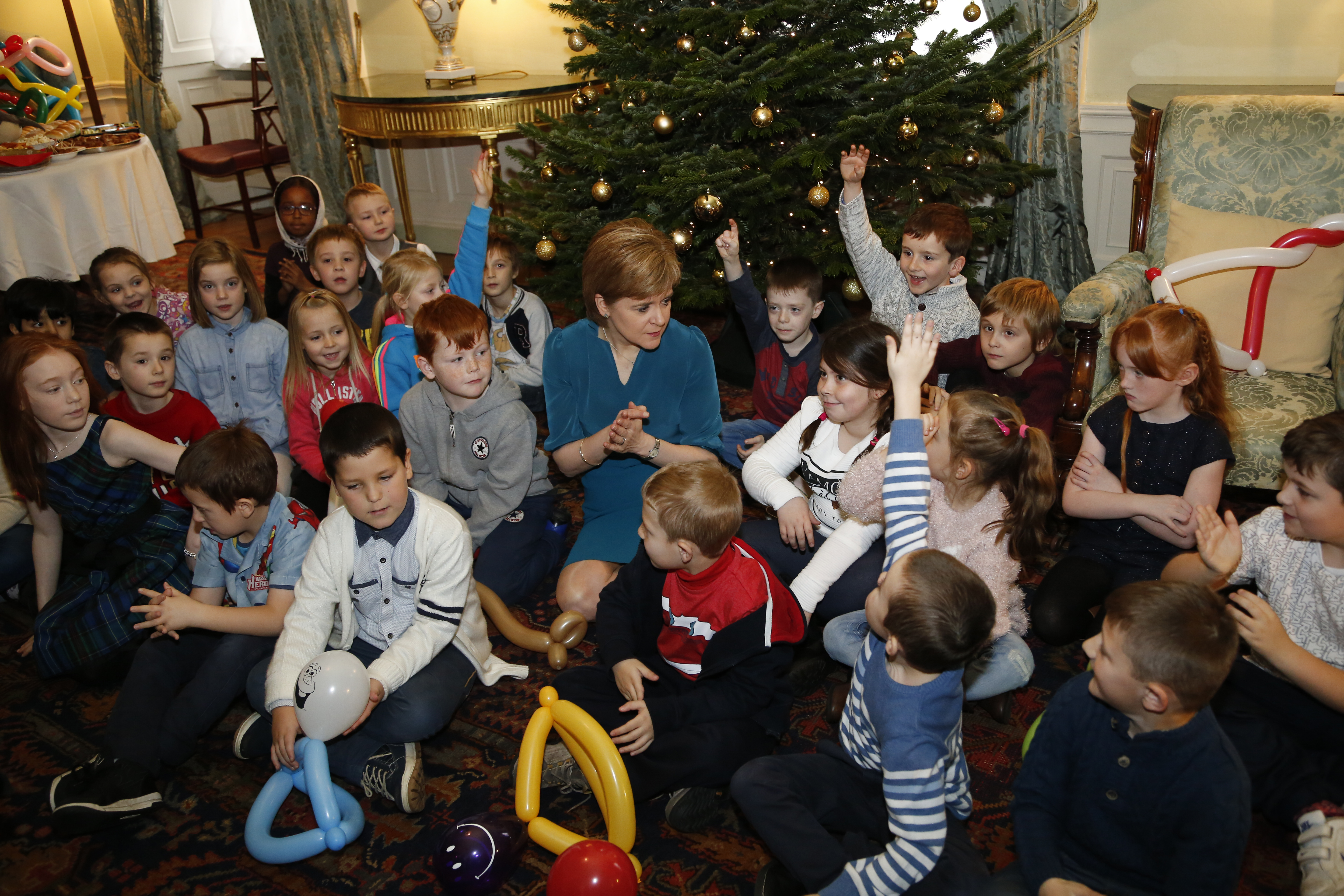 First Minister Nicola Sturgeon has used social media to issue her Christmas message this year – and children from an Edinburgh primary school have played a central part.

The eight-year-olds from Forthview Primary have a starring role as they join in with the First Minister wishing everyone a very lively “Merry Christmas!”

“The sound of excited children ringing round Bute House was a wonderful experience and there was no better opportunity to join in with them to wish everyone a very happy Christmas.”

All sales of the cards will go to the four charities chosen by the First Minister and Mairi Hedderwick. They are: Enable Scotland, Children 1st, Books Abroad and the Scottish Refugee Council.