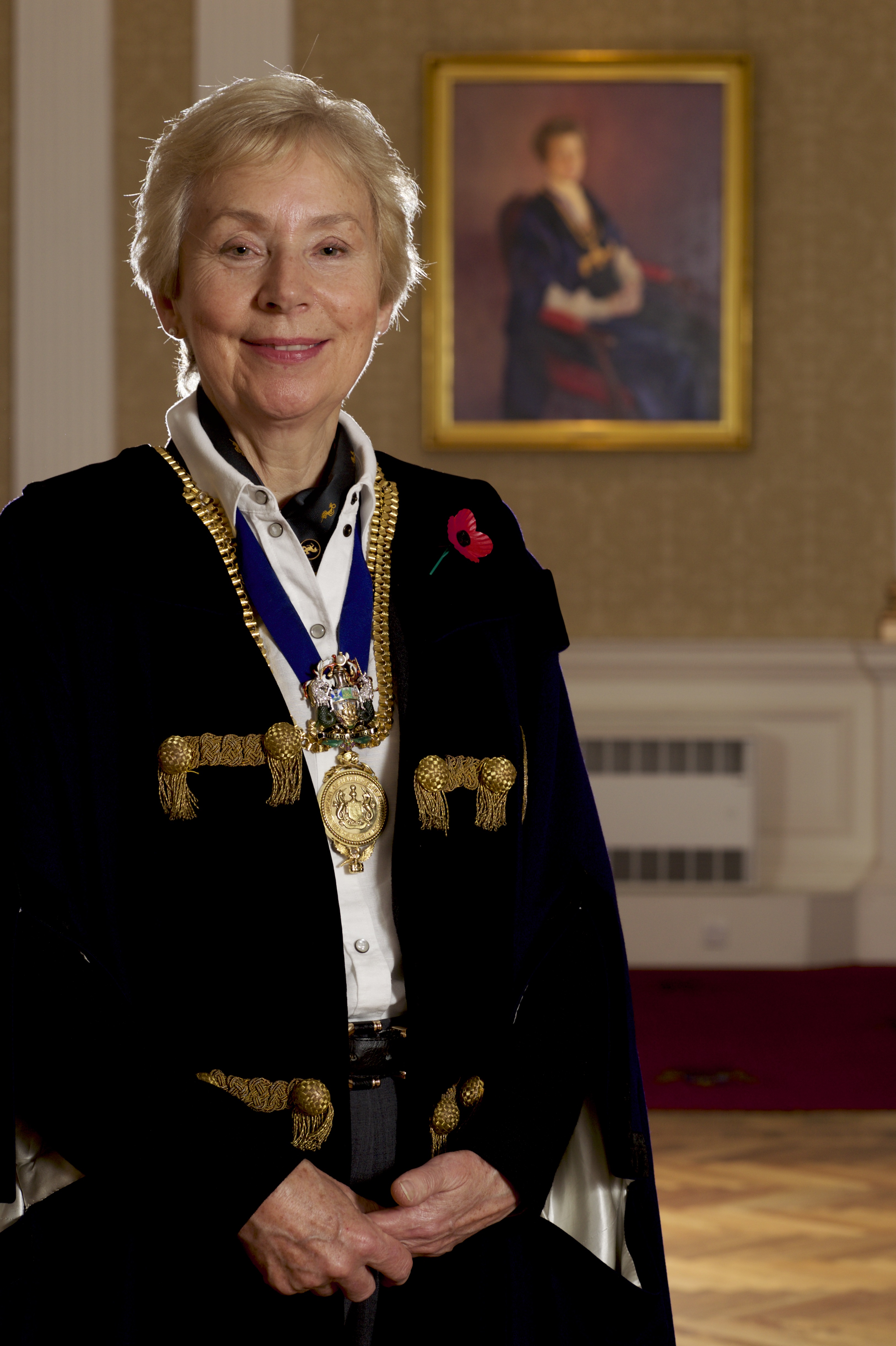 A well-known Edinburgh businesswoman has been appointed to the lead role in Scotland’s pre-eminent livery company which represents forty-three professions in the Capital.

Pat Denzler takes over the role of Master for The Merchant Company, an organisation which has enriched the life of Scotland’s capital for more than 300 years.  She is the first non-Royal female Master the Company has had since its inception in 1681 with HRH The Princess Royal the only other woman who has been appointed to this role.

Each Master is appointed for a two year period and Pat takes over from Ian Watson, a successful Edinburgh businessman, who steps down today at the completion of his term of office. Leading figures from Edinburgh’s business community will take part in a traditional ceremony at St Giles’ Cathedral this afternoon at the Kirking of Master Service to install the new Master.

Commenting on her appointment, Pat said:

“It is a great honour and a privilege to take on the role as Master of The Merchant Company, an organisation which combines history and tradition dating back to 1681 with major involvement in the business, educational and charitable life of Edinburgh today. There is a proud tradition set by the 263 Old Masters who have held this role before me and I look forward to furthering the high standards and good works in Edinburgh they have achieved.”

Established by Royal Charter in 1681, The Merchant Company’s original purpose was to protect trading rights of merchants in the City of Edinburgh.  Today, over 500 businessmen and women are Members of the Company and are actively involved at the heart of the city in activities which include ownership and governing of George Watson’s College, The Mary Erskine School and Stewarts Melville College; support for the frail and elderly and young people in Edinburgh and the recent completion of a £5.8m housing development for the frail and elderly in Liberton.

Born in Northern Ireland Pat’s family moved to Edinburgh in time for her final school year at George Watson’s College.  From there she gained an AFS Scholarship to spend a year with an American family attending an American High School in up-state New York.

She qualified as a Home Economics teacher and for four years taught at St. George’s School before going into business with her Swiss husband opening Denzler’s Restaurant in Hanover Street.  A move to Queen Street followed then a spell in the country at the Roman Camp Hotel, Callander before returning to the Edinburgh restaurant scene in Rose Street and Leith.

After 30 years in business she served on the Board of Scottish Enterprise, enjoyed business mentoring, and was a Trustee of the Royal Yacht Britannia.

Pat is a past President of Leith Chamber of Commerce, Queen Margaret University Graduates’ Association and Edinburgh Businesswomen’s Club. She holds a Diploma in Wines and Spirits and won the Association of Scottish Businesswomen “Outstanding Contribution to Business Award in 2006”. She served as an Assistant on the Court of the Merchant Company, then Treasurer and is a former Governor of Erskine Stewart’s Melville Schools.