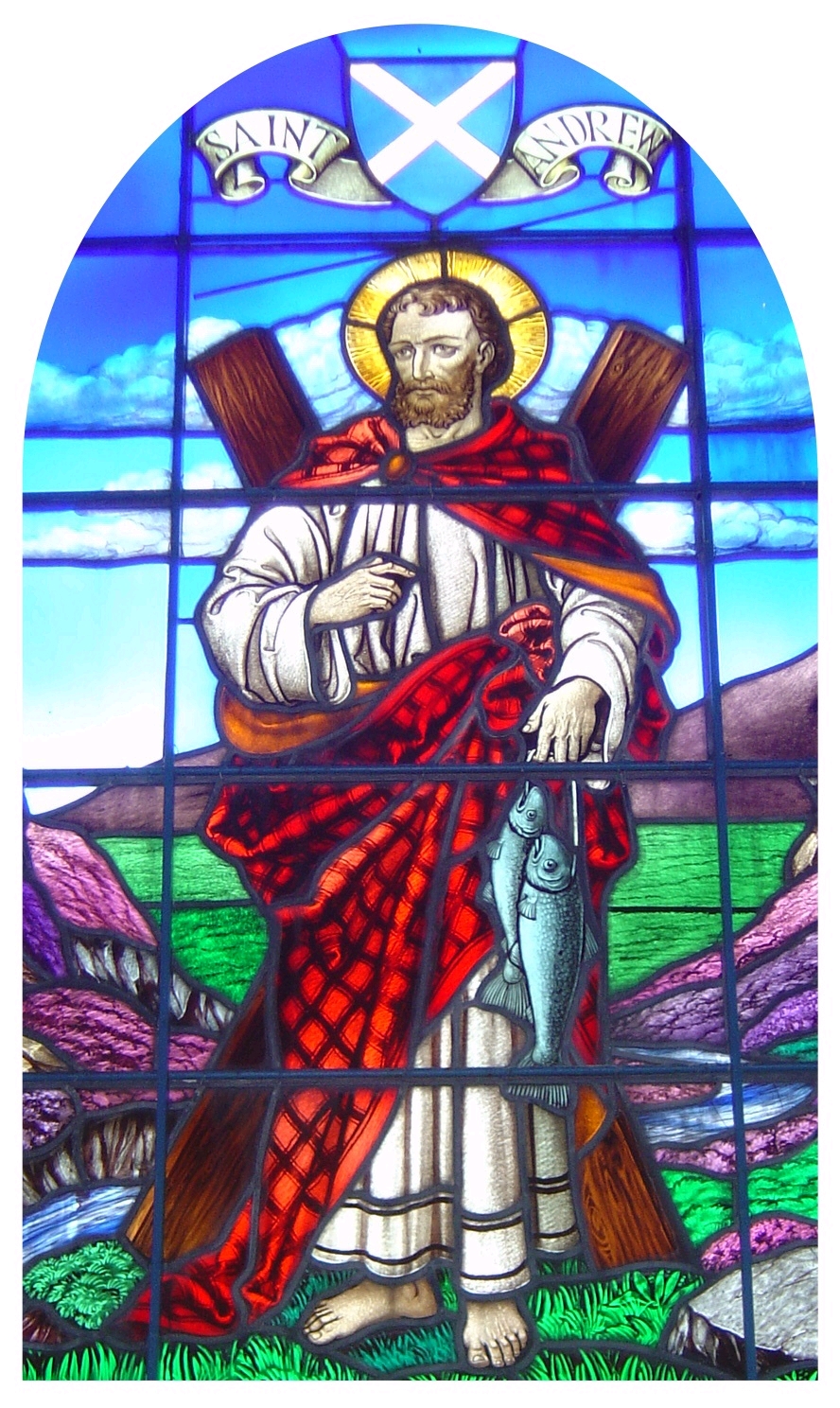 According to the Gospels, it was St Andrew who suggested Jesus might like to feed five thousand people with a wee boy’s lunch of five loaves and two small fishes.  Earlier in the week we witnessed a similar miracle from the Chancellor George Osborne as he suddenly produced £27 billion from nowhere to give us all, or nearly all, a St Andrew’s holiday treat.

So here in Scotland, both the SNP and Labour have been let off the hook of explaining how they would reverse the tax credits the Chancellor no longer plans to impose.  But it will be revealing to see if the SNP government follows Mr Osborne’s lead and increases stamp duty on second homes and allows local councils to charge a “precept” to pay for social care.

But let’s not lose sight of St Andrew because the Scottish Government says this year’s St Andrew’s Day (30th and the weekend before it) is to be the biggest celebration ever. Over 400 museums, galleries, grand houses, public events all over Scotland will be offering free tickets.  On Saturday in Dundee there’s to be a “Fusion Festival” promising African drumming, Bollywood dancing and Ceilidh band music.  On Sunday, St Andrew Square in Edinburgh will stage a festival of Scottish music, poetry and dance.   And, of course there will be the usual spread of St Andrew’s Night dinners all over the world, where, we are told, 50 million people claim Scottish descent.

Poor old St Andrew would turn in his grave, wherever it is.  All we know, or at least legend tells us, is that St Andrew was born in Syria and became a fisherman and then an apostle in Palestine. He ended up being crucified on an X-shaped cross at Patras in western Greece.  In 345AD St Regulus brought his bones (five and a tooth) to the western edge of Europe for safe keeping and the town of St Andrews was founded.  The Pictish King Angus then added the blue and white Saltire flag to the legend when he saw it in the sky just before the battle of Athelstaneford in 832.  And this weekend, the same flag flies high on all public buildings in Scotland.

But let’s not lose sight of the Chancellor either.  He’s given our own Finance Secretary and Deputy First Minister, John Swinney, plenty to think about for his budget speech on 16 December.  Mr Swinney told MSPs on Thursday that, despite Mr Osborne’s apparent generosity, the age of austerity continues with a 6 per cent real cut in Scotland’s current budget over the next five years. However there will be more money for capital projects and, emboldened by this, Mr Swinney announced the go-ahead for 10 new schools and two new health centres at a cost of £330m.  Apparently this will not count as “public spending” under the new “Hub” arrangements devised by the government’s Scottish Future Trust. It all sounds a little irregular to me but it’s been approved by the EU and the Office of National Statistics.

The SNP had its own brush with alleged financial irregularity this week when one of its newly elected MPs Natalie McGarry had to withdraw from party membership while the police investigate the affairs of “Women for Independence”, the organisation Ms McGarry set up during the referendum campaign.  Her lawyer says she’s entirely innocent and is co-operating with the police inquiry. She is the second MP to withdraw from the party whip since being elected in May.

The SNP was on firmer ground at Westminster when it challenged the other parties on the renewal of Trident nuclear weapons.  The cost of the four submarines went up again this week to £31bn with another £10bn set aside for “contingencies.” The total cost, when missiles and maintenance is added in, goes up to £180bn.  But this didn’t put the Tories off, or about a dozen Labour MPs, and the SNP motion was defeated by 330 to 64.

And still not losing sight of the Chancellor, his autumn statement included an increase in funding for defence in general – including a new squadron of reconnaissance aircraft for Lossiemouth and eight new frigates to be built on the Clyde.  But in a little noticed message to the stock exchange, he also announced that the £1bn prize for carbon capture technology was being withdrawn.  It was a bitter blow for Shell and SSE who were hoping their gas power station at Peterhead would win it.  It’s also a rude message to send to next week’s UN summit on climate change.

A rather more generous message was sent this week by one of Scotland’s most famous businessmen to one of Scotland’s most famous life-boat stations.  Boyd Tunnock, owner of Tunnock’s Biscuits – yes, those life-buoy-shaped cookies with the red and silver paper – has given a donation of £250,000 to buy a new lifeboat for St Abbs, the fishing and diving village on the Berwickshire coast.   The station was closed down by the RNLI because they said its area could be covered by the Eyemouth lifeboat. But the brave folk of St Abbs launched their own appeal to continue operating as an independent station, keeping a century-long tradition alive.

I want to end by mentioning another brave act by a Scotsman.  Luke Robertson has left the comfort of a Scottish winter to trek 730 miles across the Antarctic wastes to the South Pole.  He hopes to become the first Scot and the youngest Briton to walk alone and unsupported to the Pole.  As if this wasn’t brave enough, Luke (30) is fitted with a pacemaker because of a heart problem, and he has recently recovered from major brain surgery to remove a cyst.  While in hospital he was so impressed by the work of Marie Curie nurses that he is donating all his sponsorship money to the charity.

May the spirit of St Andrew go with him.