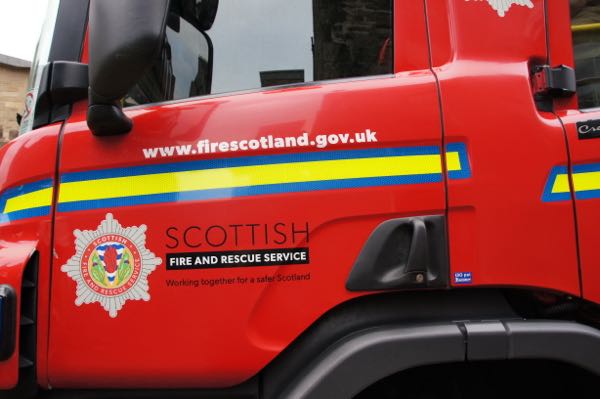 Scottish Fire and Rescue Service was called to respond to a fire at a scrap yard in Edinburgh’s Salamander Street earlier yesterday.

Operations control received the call at 12.22pm and they sent two appliances from Crewe Toll and one from Marionville to the scene.

When crews arrived at the yard they were faced with a well-established fire in an open area involving a number of scrap vehicles.

Firefighters used two main jets to extinguish the fire and it was under control by 1.31pm. One man was treated by paramedics at the scene for smoke inhalation and a second was checked over as a precaution.

The last appliance left the scene at 1.41pm.