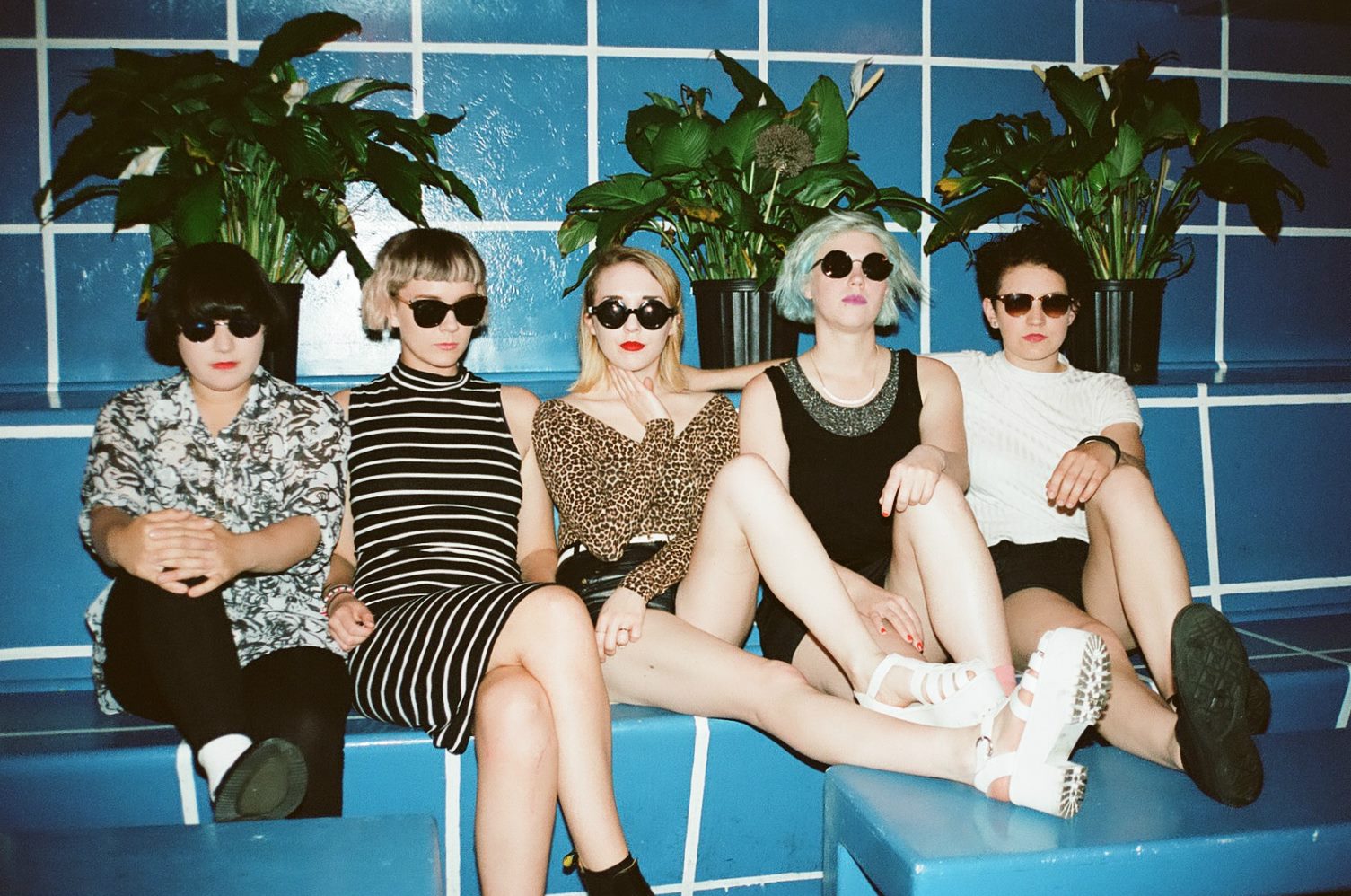 Sneaky Pete’s is a confined venue – there’s no disputing that. But when you have to try to take off your coat, you know that the venue is packed from stage to door – it is certainly humid in there. But then again, the fuzz of rock n’ roll warms you up too, right?

PINS have toured excessively throughout the last few years, having developed and amalgamated their sound from lo-fi distortion to a more polished post-punk buzz. If you were touring with the likes of indie punk legends Sleater-Kinney and latest garage blues rock fanatics Drenge, then it’s easy to arrive at this pleasing conclusion.

While PINS rattle through an hour of highly satisfying rock, from delicate to raucous, the Saturday night crowd took the expeditious punk ambience and escalated it further, as the middle of Sneaky Pete’s turned into a spirited mosh pit. It was perhaps too much for lead singer Faith Holgate, who stops ‘LuvU4Lyf’ towards the end because of some unacceptable crowd behaviour. And just at the last hurdle the gig is regrettably tamed.

Every member of PINS acts differently on stage. Faith Holgate appears occasionally hesitant at front-centre stage for a position that should exude vitality, whereas drummer Sophie Galpin commands the entire performance from the back with her dynamic and formidable drumming abilities. Yet disparities continue, as bassist Anna Donigan controls her bass playing half-heartedly yet admirably as she periodically glances at the riotous crowd, while lead guitarist Lois McDonald effortlessly struts around, using all of  the restricted venue stage.

Most of this is why PINS are swiftly gathering a fan base. Effectively, the band looks massively debonaire on stage, while at the same time they produce noisy, infectious and snappy melodies for the crowd to consistently bop along to.

All signs indicate that they are on the course to next generation post-punk stardom, only steadily – they are still only playing venues like Sneaky Pete’s for the moment.