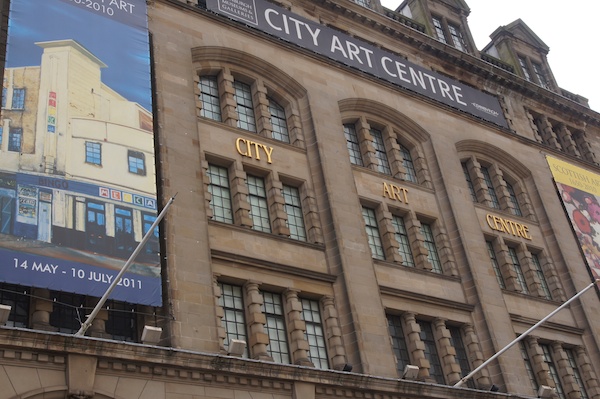 Scottish artists’ relationship with the sea will be the focus of a free new exhibition opening in Edinburgh this weekend.

‘The Artist & the Sea’, which will run until 8 May 2016 at the City of Edinburgh Council’s City Art Centre, explores the many ways in which the sea has been represented in Scottish art through the centuries.

From the fisher families of Newhaven, through to the industrial changes that led to the development of shipbuilding and the busy Port of Leith, to the moods swings of the North Sea in all Scottish weathers, the exhibition will feature a stunning series of paintings, drawings, prints, photography and sculpture.

Councillor Richard Lewis, Culture Convener for the City of Edinburgh Council, said: “Scottish waters have always had a hold on the imaginations of Scottish artists. The City Art Centre’s exhibition takes visitors on a journey through the centuries, exploring how Scottish communities have worked with the sea and how artistic styles have changed across the generations.

“The City Art Centre is a nationally recognised collection and I hope this display will inspire people to rediscover and appreciate our historic city and familiarise themselves with some of Scotland’s great artists.”

Exhibition curator, Helen Scott, added: “Scotland has a long and complex relationship with the sea – its landscape, history and culture have been shaped by proximity to the North Sea and Atlantic Ocean. Over the centuries artists have responded to this influence in various ways.

“The Artist & the Sea explores maritime events, the day-to-day experiences of coastal communities, and seafaring mythology and folklore themes by a range of artists selected from the City Art Centre’s collection of historic and contemporary Scottish art.”

The new exhibition opens during the final weekend of the landmark ‘Scottish Art: People, Places, Ideas’ exhibition. In October, the City Art Centre will welcome two further major exhibitions: ‘William Gear (1915-1997): The Painter that Britain Forgot’, a partnership exhibition with the Towner Art Gallery timed to coincide with the centenary of the abstract artist’s birth, and the complementary City Art Centre curated exhibition‘ Jagged Generation: William Gear’s Contemporaries and Influences’, which will explore the artist’s connections to Edinburgh and Scotland. These exhibitions launch on 24 October 2015.

The City Art Centre is owned and managed by the City of Edinburgh Council.

Exhibition opening times 26 September 2015 – 8 May 2016 : Monday to Saturday, 10am – 5pm; Sunday, 12pm – 5pm
Admission: Free. Guides will be on hand to offer spotlight tours of both exhibitions at 11am and 3pm on Tuesdays, Thursdays and Saturdays.
Featured artists and artworks include: