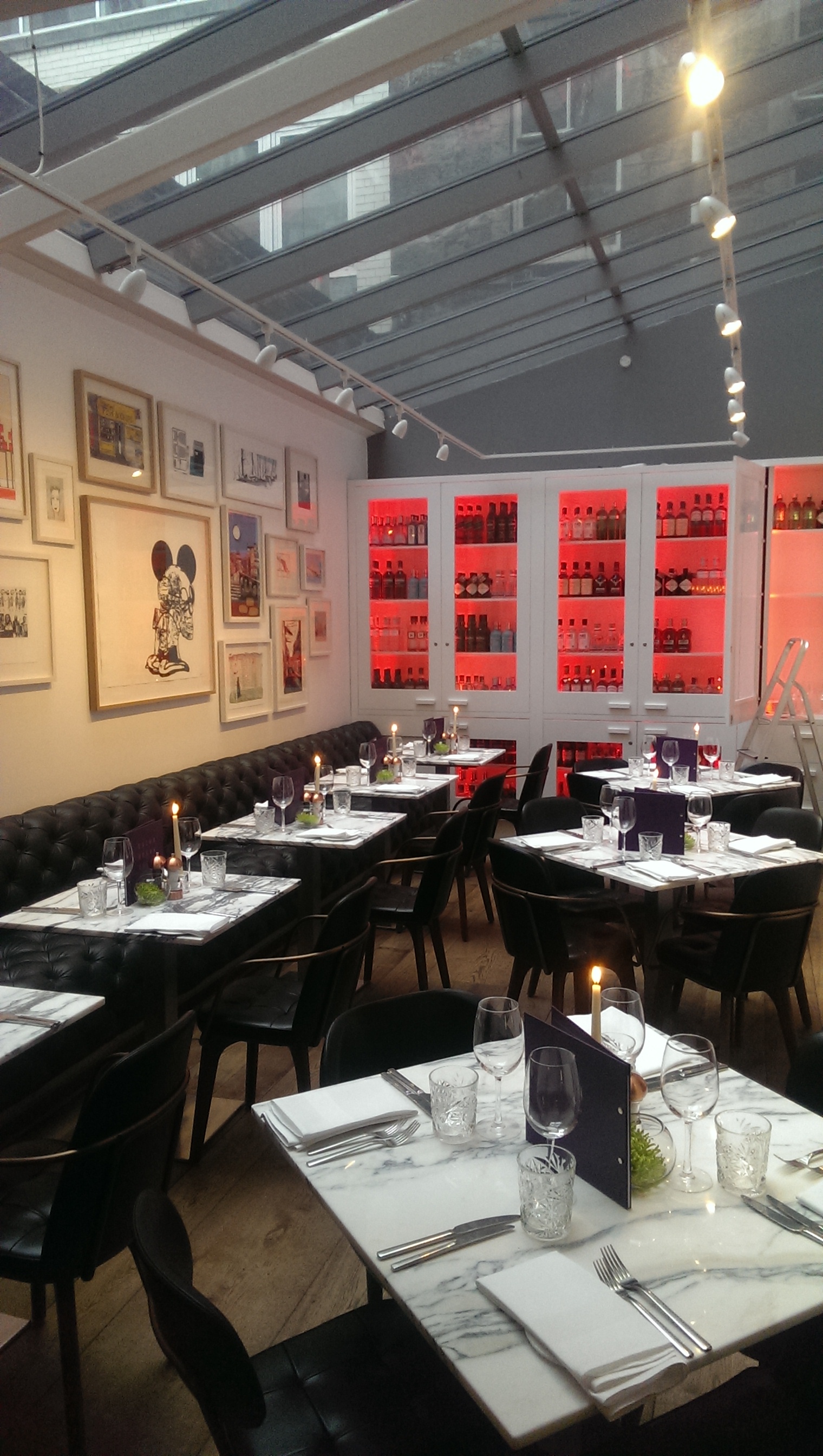 The ground floor refurbishment of one of Edinburgh’s upmarket bars has now been completed. Hardies Property & Construction Consultants have recently returned to one of their most eye-catching and luxurious projects in the Capital of late – the hotel, restaurant, bar and nightclub that is Tigerlily.

From 2004-06 Hardies were Project Managers, Quantity Surveyors and CDM Co-ordinators on the ambitious £7.2 million project for Montpeliers (Edinbugh) Ltd to create what has become one of the City’s most popular destinations for drinking, dining, dancing and simply being seen. Architectural Technician work was also carried out by Hardies who have fourteen offices across Scotland and their Head Office in the Capital at East London Street.

In September 2015 work started on a £500k refurbishment of the ground floor bars, restaurants and kitchens at Tigerlily. With an extremely tight on-site construction period of only ten days, Hardies once again fulfilled the roles of Project Manager, Quantity Surveyor and Architectural Technicians. This time they also performed the role of Health & Safety Advisors.

Commenting on the project, Derek Ferrier, Managing Partner of Hardies Property & Construction Consultants said: “It was extremely heartening for us to be asked to return to such as prestigious project after originally being involved in 2005-2006 when Tigerlily was first opened. The venue has been so popular, we looked upon the brief for the refurbishment as if we had a large, luxurious house and had been holding a large party every night for nearly nine years!”

“ You want to ensure that you are still offering a decadent, luxurious interior with cutting edge style but you want to achieve this as quickly and as smoothly as you can so that your guests are not inconvenienced and can continue to enjoy Tigerlily, “ added Derek.

“The work which has been done has given a fantastic looking finish, and we excel at working to a tight timescale. Ten days on site is an extremely tight turnaround time but we achieved our objectives.”

Derek concluded: “With Tigerlily occupying a listed Georgian Townhouse, it will always be important to retain the character of this type of exception building. I think this is one of the reasons why the venue has been so admired over the years. The blend of old and new was managed so effectively back in 2006, and has been achieved once again in 2015.”

Mr Ferrier paid tribute to the designers on the project, Jim Hamilton Design. “An exceptional ambience has been achieved through the imaginative use of materials and lighting,” he said. “We wish to congratulate the design team. We hope to work together again at some point in the future.”

Hardies celebrated their 100th anniversary in 2013 and serves clients in both the private and public sectors with a complete operation in property and construction development, including property valuation, building and quantity surveying and project management. The firm also handles the leasing and sale of commercial and industrial buildings; H&S Principal Designer and the provision of Energy Performance Certificates. Altogether, Hardies employs over 100 members of staff, professionally qualified in various disciplines.

In Edinburgh Hardies can be found at London House, East London Street and can be contacted on 0131 557 9300.