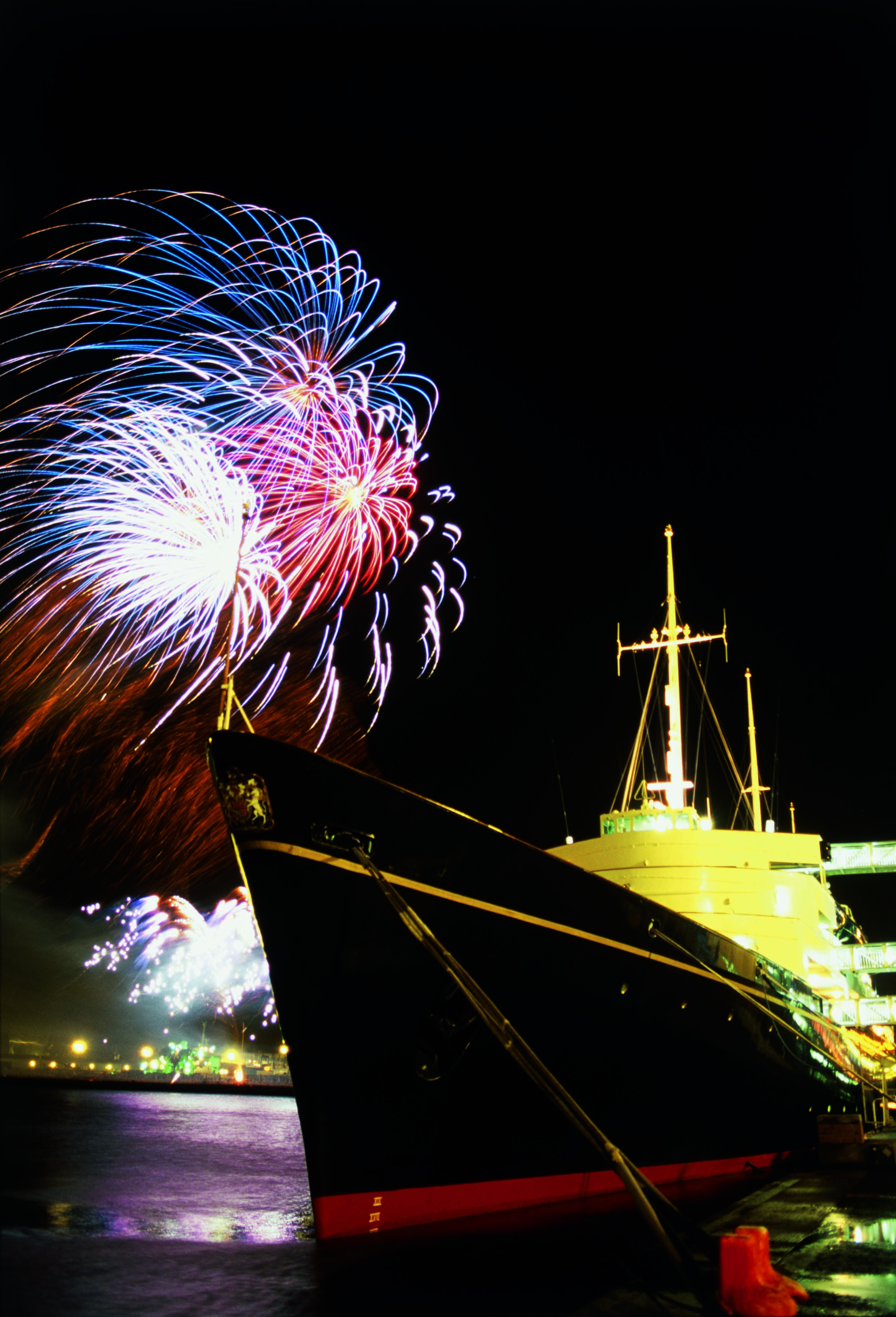 The children at Royal Mile Primary School were practising their flag-waving when we caught up with them yesterday ready to welcome Sir Bradley Wiggins when the Tour of Britain arrives in Edinburgh later.

At 10.00am on 9 September 2015 over 20 of the world’s top teams, will set off from Holyrood Park and will make their way through the centre of Edinburgh.

There is a route map here and clearly the route will be closed on a rolling basis as the cyclists pass through: The Royal Yacht Britannia will honour Her Majesty The Queen’s 63 years’ loyal service to her country with a spectacular firework display this evening.  This one off display can be seen from various locations in the historic Port of Leith in Edinburgh, and will take place from 8.30pm.

Britannia’s Chief Executive Bob Downie says, “The Royal Yacht Britannia played a significant role during Her Majesty’s reign and it is fitting that we mark this historical occasion in this way.”

On 9 September 2015 The Queen will have reigned for more than 63 years, breaking the record held by her great great grandmother Queen Victoria. The Royal Yacht Britannia was in Royal service for 44 years of Her Majesty’s reign, from 1953 to 1997.

The Royal Yacht played a key role during The Queen’s reign. Throughout four decades of Royal service, Britannia supported The Queen as ambassador for British business, sailing over one million nautical miles on 968 State visits, entertaining world leaders and promoting trade and industry. As well her formal role, the floating Royal residence allowed the Royal Family some privacy away from their public duties, with The Queen famously describing Britannia as “the one place I can truly relax.”

Situated in Edinburgh’s historic port of Leith, The Royal Yacht Britannia is now an iconic five-star visitor attraction, allowing visitors to enjoy a fascinating insight into The Queen’s former floating palace, and the lives of those who lived and worked on board.

The First Minister paid a visit to Wester Hailes on Monday to see how the recently built Healthy Living Centre is helping health professionals from doctors to those delivering programmes like the Green Gym to deal with a variety of health issues.

CALAID Edinburgh is a group of volunteers collecting urgently needed donations for those living in the Calais refugee camps and across Central Europe.

Says a spokesperson: “We believe that no person should be without access to basic human rights like shelter and warmth, and by collecting donations we can work to improve these conditions.”

The CalAid team are now looking for a Central Edinburgh warehouse space to store and sort donations prior to shipping to the refugee camps.

The spokesperson added: “If you have warehouse space located centrally in Edinburgh and you are willing to donate, then please contact Joanna or Keefe urgently at edinburgh@calaid.uk.

Following our earlier story  we have heard from Craigentinny & Telferton Allotments who have just been granted a Certificate of Lawfulness by the City of Edinburgh Council.

A spokesperson said: “Although there is no formal agreement with the landowner we now have a legitimate right under planning law to use the site as allotments, meaning the site is authorised.
“We were able to demonstrate an established use, that the site has been used as allotments continuously and uninterrupted since 1923.  The site of 85 plots is well used and has an interesting history; some allotment holders have worked their plot for over 40 years, and a couple were married on their plot in 2000.
“Although this is great news it doesn’t stop the land owner submitting a planning proposal for the site. At their public exhibition they indicated an application would be made this Autumn.”

Here is our earlier story from July: