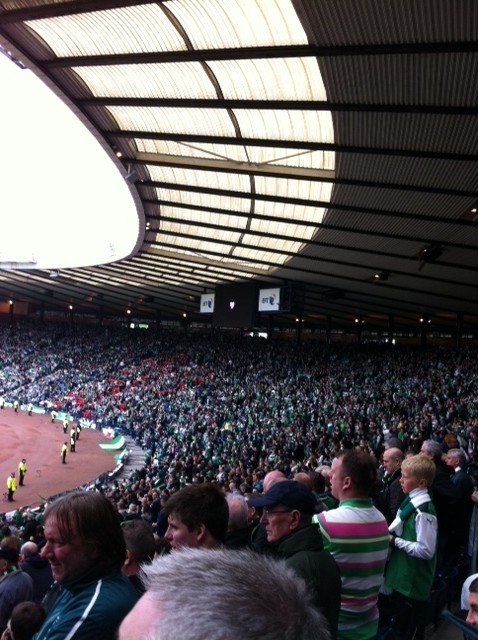 A consultation into the best ways of increasing supporter involvement in football clubs has been launched.

The Scottish Government is launching the exercise to inform potential future legislation to protect the rights of football fans. The consultation, which will run until 15 January 2016, seeks to gather the views of supporters and other stakeholders involved in the game.

Respondents will be asked to consider a number of different options that could be included in future legislation. These include a right to influence the way the club is run, to govern the club or to bid for ownership when it comes up for sale. The final option is to introduce a right to buy, where fans would have a right to buy their football club.

The Community Empowerment (Scotland) Bill was passed by the Scottish Parliament in June 2015. As part of the final legislation, the Scottish Government gave an undertaking to consult on a range of different options to enhance supporter involvement in football clubs.

Jamie Hepburn, Minister for Sport, Health Improvement and Mental Health, said: “I believe that football clubs are stronger when supporters are involved in the way they are run. The Scottish Government is committed to ensuring that fans have the chance to be involved wherever possible.

“It’s important to increase supporter involvement, but we also need to consider the long term stability of our clubs. We must make sure that whichever option we pursue does not result in any unintended consequences.

“This consultation is about gathering a wide range of views so we can decide the best way to achieve this. I want to hear from fans, supporters’ organisations, players and the clubs themselves – anyone who cares about this great game.”

The consultation paper can be downloaded from the Scottish Government website here: