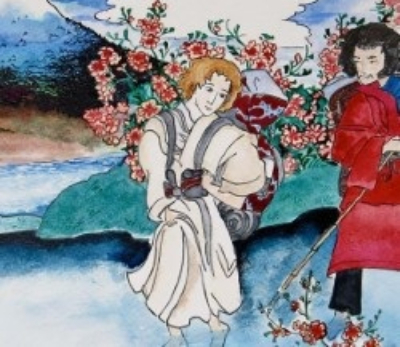 Run for Me – Dance for Me – Think of Me: a fun, action-packed weekend to celebrate the life of the late Louise Duncan, Minister of Balerno Church, and to raise funds for the charity that did so much for her in her last months, Marie Curie Cancer Care. As part of the weekend, Balerno Village Screen will tonight show Young @ Heart (PG), the true story  of the final weeks of rehearsal for the Young At Heart Chorus in Northampton, MA, whose average age is 81. The Chorus’s repertoire is unexpected – it includes songs by James Brown and Sonic Youth – and they have toured Europe and sung for royalty, but this account focuses on learning new songs for a concert in their home town, a concert which succeeds despite several heart-breaking events. 6.15pm, St Joseph’s Hall, (next to) Balerno Church, Balerno. Free tickets may be reserved via eventbrite here or collected from The Mill Cafe or Balerno Post Office. Balerno Village Screen is a community cinema offering free admission and funded by donations. In Basho’s Footsteps: Streams and Mountains. Poet Pablo F Velcarce and artist Anya Gleizer hiked 2,000 km across Japan’s wilderness in the footsteps of Matsuo Basho, the ancient haiku poet. Through contact with local artists, Zen monks and nature itself, the two artists came closer to the state of mind and awareness that Basho deemed necessary to make art. This exhibition shows the art inspired by the adventure: painting, poetry, installations, video and performance that echo the spirit of the journey.  11am-5pm, Coburg House Studios, 15 Coburg Street. Ends 25th August 2015. Phill Jupitus: Sketch Comic at the Scottish National Gallery. The legendary stand-up, poet and sketchman returns for another three weeks of digital drawing, chat and mirth. Each morning Phill will select and sketch (on an iPad) a favourite of his from the gallery collection. Come and watch, chat with Phill and join in on your own iPad or sketchbook – make and share your own sketches. Phill’s work will be posted on Facebook and Twitter each day and you are encouraged to post yours too. Phill will be at a different gallery each week;  for the final week he moves to the Scottish National Gallery of Modern Art. Wednesday will be a special Sketch Comic for Kids sessions, but grown-ups are still welcome to come along. On Thursday evenings Phill will host a special in-conversation event with a different special guest each time – see listing. 10am-12 noon today and every day until 27th August, Scottish National Gallery of Modern Art, Belford Road. Free and unticketed.

Edinburgh Book Fringe: daily events – all of them free (donations appreciated) – for two weeks at Word Power Books, Edinburgh’s independent radical bookshop. Today: author and former Scotsman journalist Peter Ranscombe discusses his novel Hare, in which he imagines what might have happened to the mass murderer after he turned King’s evidence against William Burke and was set free. In Peter Ranscombe’s story, Hare flees to Boston, only to become caught up in a murderous plot, set against the backdrop of the American Civil War. 1pm, Word Power Books, West Nicolson Street. All welcome! No booking required, but arrive promptly as space is limited.

POUT Fest Tour: POUT started life four years ago as an LGBT film festival from independent film distributor Peccadillo Pictures, created as a response to audience demands for more queer-oriented cinema on the big screen. After the overwhelming success of the London POUT Fests, Peccadillo have decided to take POUT on the road via an ongoing touring festival of selected films. Today’s film is 52 Tuesdays (15): teenager Billie thinks she knows everything about her mother Jane, but she is surprised when she learns of Jane’s plans to transition, and further upset when she learns that her parents have decided that she will live with her father for a year. All she has left to cling to is her chance to see her mother every Tuesday afternoon. ‘An emotionally charged story of desire, responsibility and trasnformation’. 8.15pm, Filmhouse, Lothian Road. Tickets may be obtained from the Box Office in person, by calling 0131 228 6382 or online: prices vary. Also showing at 1.10pm and 8.30pm on Saturday 22nd August. The final film in this series will be Soft Lad, showing on 2nd September 2015.