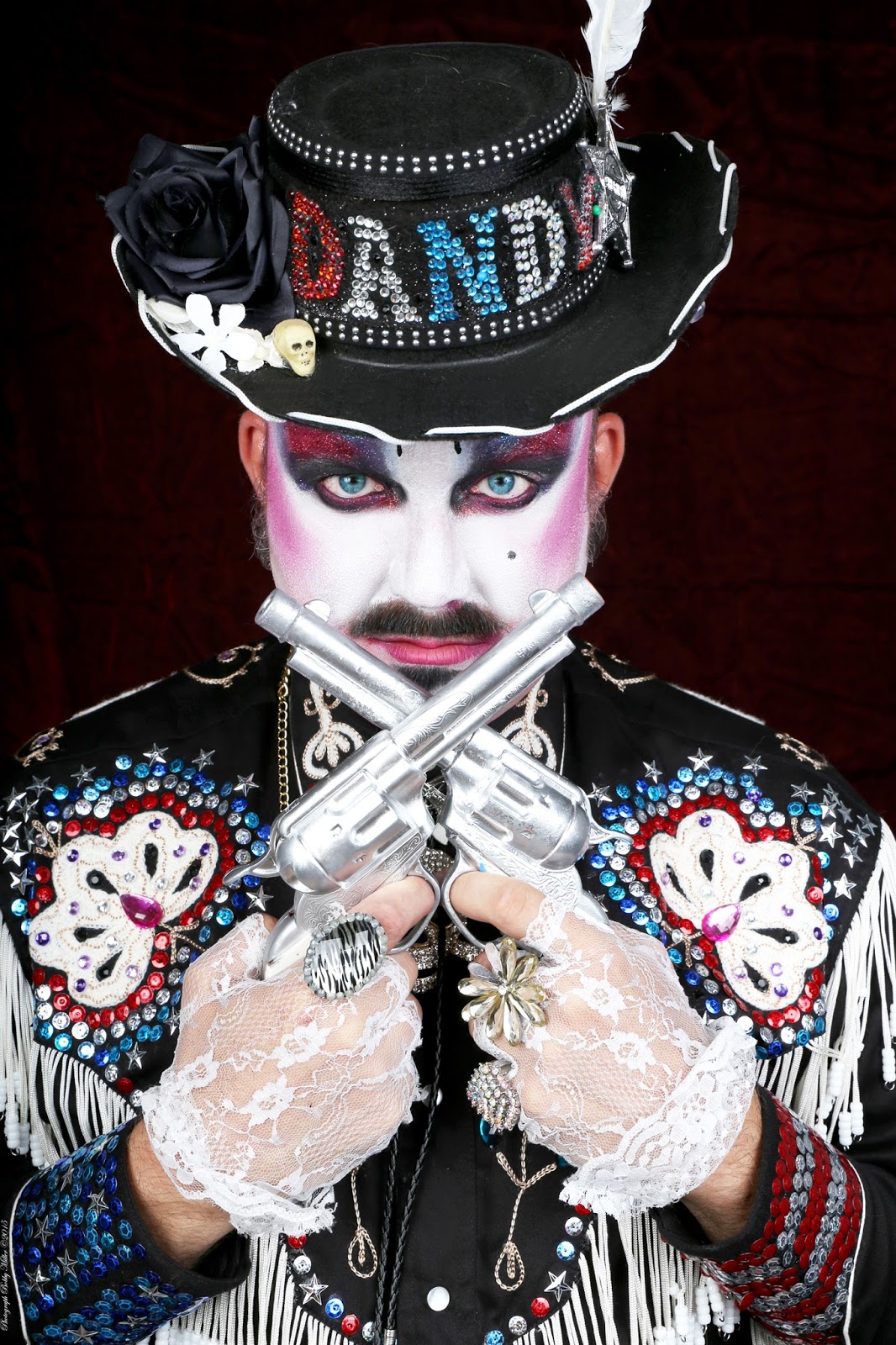 In 2013’s Gory Hole and 2014’s Pussy Panic, New York’s catty storyteller of terror, Dandy Darkly, racked up an awesome body count and an enviable list of five-star reviews. In 2015, he’s returned to the Free Fringe with a new show, Dandy Darkly’s Trigger Happy, and the formula has been tweaked a little.

Sure, things kick off with a quick aside on trauma triggers before PTSD-afflicted American sniper Otis Moonshine fires the starting gun on the show with a massacre. Then fan favourite America’s Sweetheart returns. After suffering under the scalpel of Mister Timothy, the mincing, misogynistic mortician in Pussy Panic, her career has careened downhill.

Then the stories of the second half of the show signal a new direction. In American Apparel, a little rat with drag queen dreams struggles to save The Imperial Poppycock Saloon from encroaching corporatism. And in The Ghosts of Stonewall, Dandy turns to the past to issue a wake-up call to the current LGBTQ generation.

Across the board, the gore has been slashed somewhat, even if there’s enough campy horror to keep happy the punters who’ve come for the promised sex and death. This year’s Dandy is on a mission to engage his audience, working their suggestions for what America’s truly scared of into an otherwise tightly choreographed show. Dandy’s stories and the musical backdrop provided by his collaborators Adam Tendler, Rachel Blumberg, Jeffrey Underhill, and Bryce Edwards are carefully dovetailed. There’s even a musical quote from arch Goths The Cure as the show begins.

The adjusted approach hits the mark, and it must be gratifying for Dandy when members of the audience are keen to engage him at the end of the show. For all the fantastic phantasmagoria, Dandy’s stories are increasingly grounded in a very real world. The punters seem to appreciate being trusted with the seriousness that underpins a evening of words that are carefully crafted to hit the mark both in terms of wit and Dandy’s satirical targets.

And then the appreciative crowd are released from the CC Blooms cellar, a venue well-suited to the show. Upstairs, the late evening Edinburgh summer sun is welcoming, but Dandy Darkly’s audience well knows that darker visions lurk beneath the surface.