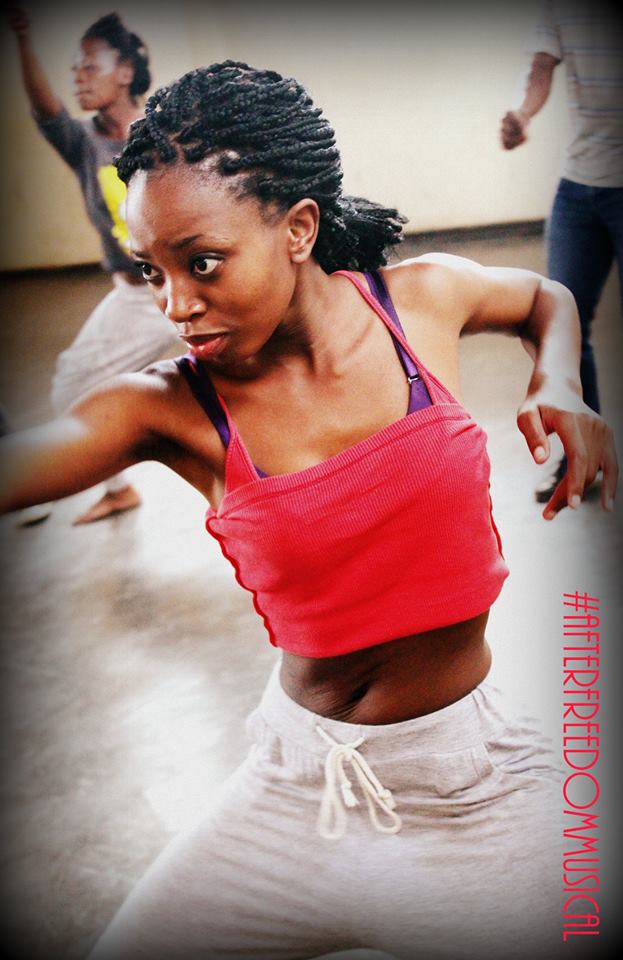 ‘You were oppressed: I am free’

Apartheid is history; the youth of South Africa want to get on with their lives – but should they abandon all their traditional values? What is freedom if you are still bound by tribal differences? And is it OK to waste your life just because you can?

In After Freedom; New Rhythms of Soweto, tribal and urban dance and music are brought together to bridge the gap between different cultures. This is a show alive with rhythm; from the very first moment, when a solo drummer runs onto the stage to be joined by the rest of the cast in pounding street dance and song, the audience is caught up in the powerful vitality of a new generation.

The story opens in rural Natal-Quthu, home to Sphiwe and his mother. With a minimal set – just two chairs and a screen become everything from a living room to a dance hall – the actors excel at improvisation; Sphiwe’s mother grinds corn and Sphiwe eats his meal in true high-speed teenage manner. But Natal-Quthu is a dangerous place, ruled by the gun; Sphiwe’s mother fears for her son (her singing of Lord, Please Look After My Son is both heartfelt and moving) and wants him to go to Johannesburg to stay with his older brother. When she is killed by a bunch of local hoodlums, he is left with no choice.

The only thing Sphiwe is interested in is dance – he doesn’t want to go back to school; his brother, a part well played by an actor who knows how to convey the concerns of a man landed with the care of a rebellious sibling, sees Sphiwe wasting the chances that he never had – ‘Brother of mine…things in life are not for free’. Sphiwe soon gets fed up with watching TV all day (especially when all he can find is Barney is a Dinosaur – one of the many humorous moments in the play), and before long he’s out in Soweto, getting involved with street dancers and fast-paced culture, meeting people good and bad, going off the rails, and discovering that few of us are perfect. Will he be lost to the bad side of city life? Or will he – as his streetwise girlfriend Zizpoh advises – get a grip and follow his dreams? In the course of the story the cast make good use of many opportunities to show us their moves; their energy is as phenomenal as their happiness is infectious – they clearly love to dance; it transports them from the tough hardships of Soweto life to a world of hope and opportunity. These people are also wonderful musicians, Sphiwe’s brother’s singing of the ancient tribal tunes he loved at school contrasting beautifully with the more modern songs of the city streets. The outstanding drummer – who is not above a bit of comedy himself – really gets the beat going and the audience clapping.

If there is a criticism to be made of After Freedom, it is that at times the story seems underdeveloped and slightly superfluous to the show; it is, however, Sphiwe’s journey that points up the way in which young urban culture can overcome old divisions and shape the lives of a generation striving to make its way in a precarious new world. Freedom is only freedom if those who struggled to win it can find a way to go forward in harmony.

After Freedom is at the excellent Central Hall, Tollcross until 31st August 2015 (no show on 23rd August); please check Just Festival website here for times and prices. Tickets are available from the venue (Box Office opens 1pm), via eventbrite here or from the Fringe Box Office here.