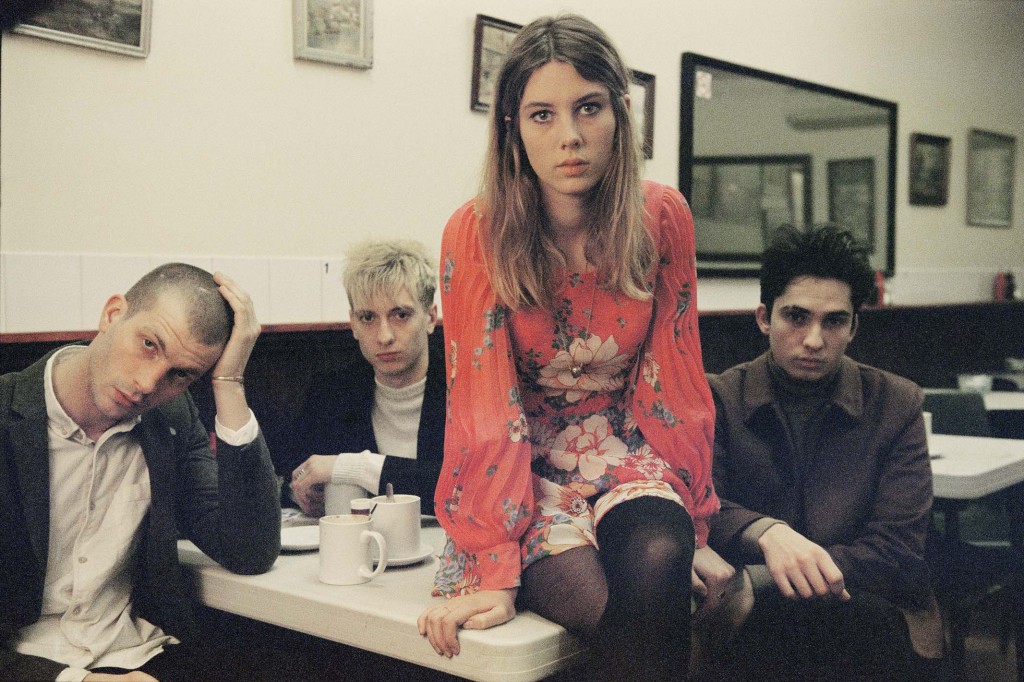 You may have heard of Wolf Alice popping into music conversation – that’s because they have already achieved more than they would ever have expected to up to this stage. They managed to hit number two in the UK albums chart and have played noteworthy sets at both Glastonbury and T in the Park.

Even though the band have spent the last six years trying to make their mark in the music industry, their recent skyrocketing success has demonstrated why they have worked so hard to achieve their current status – and it is only due to flourish.

“It’s a hard one because it looks so different from the inside but from the outside, that looks like the case,” said guitarist Joff Oddie about their soaring fame. “We’ve been doing this for six years now, so it feels like we’re ready for it now.”

The Glastonbury weekend for Wolf Alice may have a U2 at Live Aid effect from years to come. It was perhaps the best weekend of their musical journey. They were number one in the mid-week charts and played one of the best sets of the festival weekend, judged by fans and critics alike. It was only until Florence and the Machine grabbed the headline slot from Foo Fighters, after Dave Grohl broke his leg during a show, on the Friday night that people went out of their way on the Saturday to purchase Florence’s new album.

“She literally pinched it from us,” said Joff. “But we got number two, we’re still massively happy with number two. I don’t think anyone would have really expected that.”

Playing these festivals, especially on stages higher up, are extremely beneficial for bands of Wolf Alice’s stature: a band who, before Glastonbury, were on the cusp of fame. It’s safe to say that T in the Park and Glastonbury, in particular, have propelled them to greater heights. Last year Catfish and the Bottlemen and Royal Blood were those bands, playing on stages relatively low down, then hearsay got them to where they are now – both selling out UK tours and supporting Foo Fighters, respectively.

“Playing festivals is great, it’s a proper laugh,” said Joff. “It’s the sort of thing we’ve always wanted to do – to be able to play those stages you saw bands play at when you were younger. For us, it was Glastonbury and Reading – those were the main ones we went to. You could see your favourite bands play on those stages and it was pretty cool.

Wolf Alice may have already supported alt-J, but they may be onto better things. They already have a UK tour planned for September, one of the shows involves them playing the biggest headline gigs of their career, at Brixton Academy.

“When we were talking to our booking agent about doing Brixton, we were pretty freaked out by the idea of it,” said Joff. “It’s quite big, and we were taken aback by the idea of it. Hopefully we can go there and smash it to bits, and all the mad Wolf Alice fans jump around and have a party.”

Their UK tour, however, is scheduled around constant touring of the US. British bands struggle to break America – even Kasabian, a renowned headline act in Europe, will appear four lines down on the Coachella bill. For Wolf Alice, it is spending time focusing on growing a steadfast fanbase of their band.

“We’re definitely smaller in America than in England,” said Joff. “We play, across the whole country, approximately 600-capacity rooms [in America]. We play the Henry Fonda Theatre in LA in October, which is about 1200-capacity.

“It’s such a huge place, and it takes time. Things don’t just blow up in America by accident – you need to go and tour the hell out of it, which we plan on doing.”

Wolf Alice’s success will only grow from curiosity and will be passed by word of mouth, and their task for now is to build up on the fame they have by touring everywhere possible. But for now, who knows when new material will surface.

“We’re always writing, it never stops,” said Joff. “The main plan for the next year will be touring and getting around as much as we can. We’ll also be learning how to write on the road this year as well.”