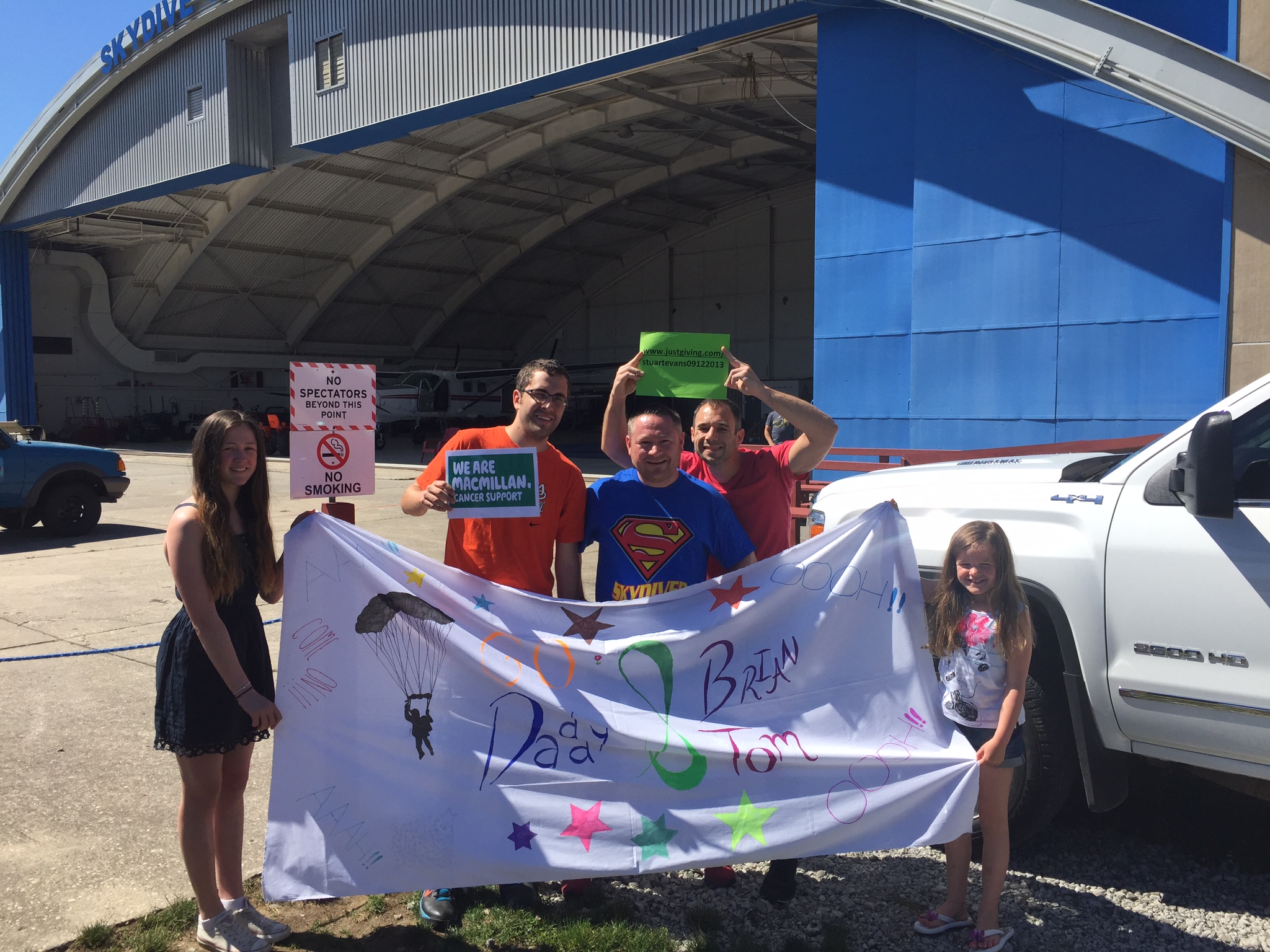 Stuart made the jump last month whilst on holiday in Long Island, New York. Two of his long standing clients from International Student Exchange joined him in the jump. They have had a number of European events organised for them by Fusion for the past six years.

Next on the list is a fundraiser dinner to be held in Edinburgh later this year.

Stuart said: ”I am extremely glad to be in one piece and to have raised such a great total through this Sky Dive, which was really a once in a lifetime experience.”

“I want to thank everyone who donated, I was overwhelmed by the kindness and support people gave from all around the world, I am also really grateful to my two clients Brian and Tom for joining me in the jump. They really have demonstrated extreme loyalty, having supported Fusion Meetings & Events since almost the very beginning, and now making this jump with me.

“We’ll keep on raising money for Macmillan for the rest of this year and hopefully it will all contribute to a great total,” he added.

Fusion Meetings & Events is active in 62 countries worldwide, with a client list including many blue chip companies in the drinks, leisure, pharmaceutical, finance and health sectors here in the UK as well as Europe and North America. The firm is exploring new worldwide office locations in Europe and the States.