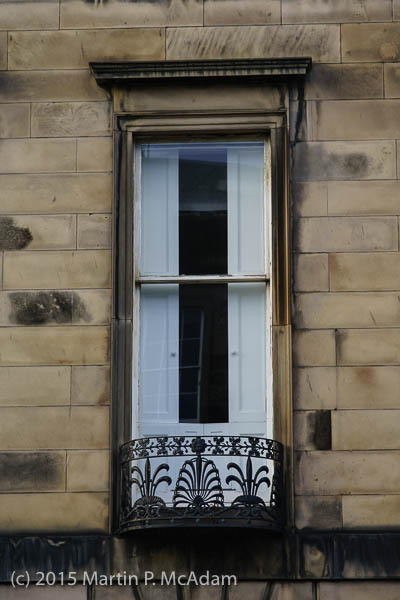 Today’s pick at the Edinburgh Festival of Cycling

The Petitions Committee meets this afternoon at 2pm at the City Chambers. There has been some criticism of the committee in the past by those who feel that it does not achieve very much.

But this month there is a petition about something quite different from previous ones. A petition has been lodged to request that the council puts up a memorial for the memory of conscientious objectors and those who oppose wars. The petitioners would like the memorial in place for the centenary of the 1916 act which introduced conscription in the First World War.

The petition concludes: “With the Centenary of the First World War there is a feeling that there should be a memorial in Scotland’s capital city to conscientious objectors and opponents of wars which would henceforth provide a public focus for those who wish to gather to remember all those, past or present, refusing to participate in or opposing wars.

Taking this stance meant considerable hardship for those who refused to participate in or support the First World War and their families, that over 300 British “Deserters” were shot, and Conscientious Objectors were subjected to harsh treatment by the military, in prison, and in their communities and 73 First World War conscientious objectors died in or following imprisonment; their courageous stance cleared the way for improved recognition of the right to oppose war and to refuse to take part in wars and helped lay the foundations for the promotion of peaceful means for the resolution of conflicts and for achieving a just peace.”

Last month the committee agreed to refer the proposal to introduce one-way traffic in Redhall Drive for discussion by council officers including representatives from the South-West Neighbourhood Partnership and the Transport Convener with the petitioner and other residents.

This matter has since been talked about by all parties at a meeting on 12 May when solutions like road markings and parking restrictions were suggested. There will be further discussions with residents.

In addition a petition to set up a bus service to Craigleith Retail Park was headed up by Chair of Drylaw and Telford Community Council, Alex Dale, who explained that a bus service was now lacking in this area particularly at the weekends. Cllr Hinds the Transport Convener spoke in favour of the petition and representatives from Lothian Buses and Sainsburys were at the meeting.

The committee agreed to monitor the service 38 to decide whether to reintroduce the number 42 bus.

You can watch the proceedings live here.

Today at the Edinburgh Festival of Cycling there is something quite special. A bike messenger with itchy wheels, Emily Chappell has spent the last three years cycling through some of the world’s most remote and inhospitable regions. After an 18-month crossing of Asia, which took her through the badlands of Baluchistan, the Taklamakan desert and the high mountain passes of Qinghai and the Karakoram, she now turns her attention to the American continent, and has just completed a winter journey from Anchorage to Seattle, riding on four-inch tyres through the snow and ice of the Alaska Highway, and camping out at temperatures as low as -40°C.

Tonight we are invited to sample at least one of the new ice cream flavours devised by S Luca in collaboration with the Scotch Malt Whisky Society. We are going to watch The Angels’ Share at their 12 Tub Cinema Club film screening tonight and hope to tell you about it tomorrow!

The Scotch Malt Whisky Society is throwing open its doors to the public and will have more film screenings throughout June and July.

Organisers of the Royal Highland Show have just announced almost £400k in sponsorship in support of its flagship event, which this year celebrates its 175th anniversary and runs from 18-21 June at the Royal Highland Centre, Ingliston.

The Royal Bank of Scotland, partners of the Show since 1981, maintain their support for the four-day event for the 35th year in a row, which attracted in excess of 178,000 people in 2014.

The Year of Food and Drink Scotland 2015 celebrates the country’s outstanding natural larder and produce. The campaign has provided funding for the production of a Royal Highland Show 2015 ‘Food To Go’ Map.

Taking place between 18th and 21st June, The Royal Highland Show is Scotland’s largest outdoor event, contributing £47.1m to the Scottish economy in 2014.

Stephen Hutt, chief executive from RHASS said: “As a registered charity we rely on the support of our many sponsors, which allows us to deliver our charitable remit to promote the best of farming, food and rural life.

“There is no doubting the strength and influence of the Royal Highland Show brand and the value it brings to an organisation in meeting their business objectives. We are delighted to have the ‘who’s who’ of the Scottish business community in our sponsor line-up.”

The Festival Carnival which takes place during the Edinburgh Jazz and Blues Festival is a colourful affair as you can see from our photos of last year’s event. This year you still have time if you wish to take part as you can see in this update from the Festival website.

Community groups; groups of friends or work colleagues; individuals – come and join us, and make the Carnival even more of a spectacle. It’s one of the most exhilarating and fun experiences you can have. We have 1000’s of costumes you could wear, we welcome dancers, drummers, and performers of all types.

We also need a team of volunteers to help with marshalling the parade, looking after our visiting groups, stages, and with marketing and promotion.