Growing up in the late 70s and 80s there were many comedians on the scene, some funny others not so, but one comedian I always liked was Jim Davidson of The Generation Game, Big Break and featuring on the often forgotten and underrated Home James.

I saw Jim live in 1993 in Blackpool while on honeymoon and his act at the time was funny.   I have never considered Jim Davidson to be racist. Indeed tonight I was sitting next to a couple with whom I  discussed how many members of the audience had come to the show just looking to be offended (sadly that sort of thing does happen).

Jim began telling jokes and had the audience in the palm of his hand from the first moment.  I laughed a lot.  Davidson certainly has not lost his sense of humour, even when we get to the part of the show which explains the reason why Jim is in Edinburgh for the Fringe. He tells the story of his arrest as part of Operation Yewtree.  I imagine any man would be hurt by allegations of the kind which were levelled against him. It is a tale which is not all comfortable listening.

For someone to go through such an ordeal might be enough for some to hide themselves away, but Jim tells his story both in a book and this show both called “No Further Action”; a fairly obvious reference to the fact that charges against him were dropped. The show was very funny when it needed to be even though it got serious for some of it.

A really enjoyable show.  It was great to see a comic who I admire back doing what he does best…….making people laugh, and he certainly did that tonight.

I met Jim outside after the show and had a quick chat and he was a delight to speak with. 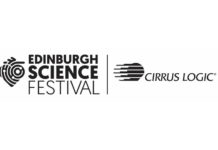