House sales continue to rise in Edinburgh, the Lothians and Fife, but ESPC urges sellers to be realistic in its October house price report

Latest figures from ESPC reveal that buyer activity in the property market across east central Scotland has continued to rise. In the three months to October the number of homes sold across Edinburgh, the Lothians and Fife rose by 42.5% annually. The number of homes coming onto the market also increased, but at the more modest annual rate of 14.9%.

Despite the rise in the number of homes selling, in the majority of cases buyers are still enjoying success when it comes to negotiating on price with sellers. In Edinburgh, 58.6% of properties sold over the last three months were secured for less than their original Home Report valuation. Across the rest of the Lothians 71.0% of homes were bought for less than their valuation level whilst in Fife the figure stood at 73.8%.

Commenting on the results, David Marshall, business analyst with ESPC, said: -“There’s been a lot of discussion recently about the upturn in the housing market and while it’s certainly true that conditions are more favourable for sellers than has been the case for some time, it’s important to keep things in perspective.

“The number of homes selling has risen significantly but this improvement comes from a low base and sales are still about 25-30% below peak levels. As a result, while prices are higher than they were a year ago in some areas, the rate of growth is typically below CPI inflation at around 2%. Where larger increases have been observed these generally serve to offset falls witnessed at this stage a year ago. For example, in East Lothian the average house price has risen by 5.6% annually but this came on the back of a 4.5% decline last year.

“For sellers coming to the market today the best advice is to be realistic when setting the asking price. The likelihood of a property achieving its valuation drops substantially the longer it spends on the market so you don’t want to risk deterring potential buyers early on with a price that is too high.

“Increasingly we are seeing a return to the ‘Offers Over’ approach to marketing properties. 44% of homes brought to the market over the last three months have used this method – up from 33% at this point last year. The premiums being paid on such properties are generally in the region of 4-5% which is well below the average of 25-30% that you’d have seen prior to the credit crunch.”

Key findings from the report include: 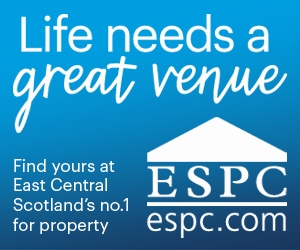