It might not have an overarching theme, but this year’s Edinburgh International Festival looks set to be one of director Jonathan Mills’s richest offerings, with ten plays, eight dance offerings (nine if you include NVA’s sport-meets-art Speed of Light on Arthur’s Seat), seven operas and countless concerts and talks.

And instead of shaking in his boots at the thought of Olympics visitors staying away from festivities north of the border, Mills has wholeheartedly grasped the Olympic themes of youth, truce and Britishness and programmed events that promise to be truly spectacular.

Events not to miss NVA’s Speed of Light
A rare chance for you to take part in an Edinburgh International Festival performance, as each night hundreds of runners converge on Arthur’s Seat to sprint along its many paths wearing specially designed light suits. To be viewed en route to and upon the summit.

The Makropulos Case
The world premiere of a new production of Janácek’s mystery thriller opera about love, immortality and… opera, from Opera North. Richard Farnes conducts, and Tom Cairns directs.

London Symphony Orchestra in residence
Over four concerts in the Usher Hall, Valery Gergiev conducts the complete Brahms symphonies alongside the symphonies and violin concertos of Polish exoticist Karel Szymanowski.

And don’t miss these ones either

These events might not be top of your list of must-sees, but they look every bit as exciting.

Gagaku
The centuries-old Japanese imperial court music has to be heard to be believed, and as Jonathan Mills described it at the festival launch, time really does seem to stop when you’re in a performance. And you can’t hope for better performers than those of the Tokyo Imperial Court.

Les Vents Français
The wind quintet has a particularly sophisticated, Gallic feel to it, and these players are at the top of their game. They play French gems, plus Barber’s bluesy Summer Music.

Calder Quartet
Tipped to be the next Kronos Quartet, the Calder players are at home playing with rock bands as they are in the classical concert hall. They bring an appealing mix of classics and contemporary pieces. What are you looking forward to? What would you recommend to other festival-goers? Let us know by using the Speak Your Mind box below. 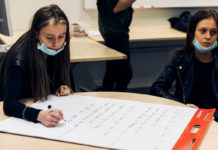 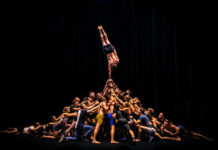 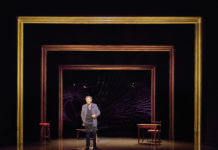