The SNP today urged those Labour members who want to see the party back more powers for the Scottish Parliament, to support Malcolm Chisholm MSP’s call for Labour to develop a position in favour of devolution max.

Writing on Labour Hame, the former minister says that some senior Labour politicians now favour independence to the Calman proposals, and calls for the party to drop the “corrosive negativity” that has characterised the SNP since 2007, to put forward real priorities and to back devolution max.

“I believe that Devo Max in some form is the right position for the good governance of Scotland and the best way of ensuring that Scottish priorities are to the fore in all domestic policy areas.  Those who are not convinced of that should perhaps reflect that nailing our colours to Calman and the Scotland Bill will boost the independence vote in the forthcoming referendum, as evidenced a few weeks ago when two well-known Labour figures told me they would vote for independence if the alternative was Calman. We need a three question referendum and Labour has to define what Devo Max means as a matter of urgency.”

“Malcolm Chisholm’s comments will cut to the core of many Labour MSPs who know that the only way forward for their party is to support the ambitions of the Scottish people for more powers for the parliament.

“Malcolm Chisholm is spot on that the Calman powers are a poor deal that do not deliver the real improvements Scotland needs.  It is no surprise some Labour members would rather see independence than be caught in the Tories tax trap.

“An overwhelming majority of Scots want to see Holyrood have more fiscal responsibility. The Social Attitudes Survey shows that three-quarters of Scots believe that the Scottish Parliament rather than Westminster should have key powers, at the same time as the polls show independence moving ahead both north and south of the Border.

“The ambitions of the people of Scotland go far beyond those of the current Labour, Lib Dem or Tory parties, and it should be welcomed that leading figures in Labour agree with the SNP that the Scotland Bill simply doesn’t go far enough.

“The question that Margaret Curran, the new Shadow Scottish Secretary, has to answer is where Labour actually stands.

“In the referendum, will Labour stand with the Tories in rejecting any new powers for Scotland – or will they join with the vast majority of people in Scotland in calling for financial and economic clout for Scotland’s Parliament and Government?” 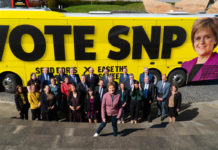 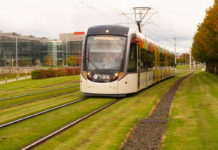 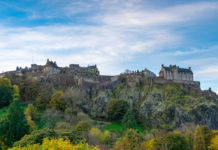 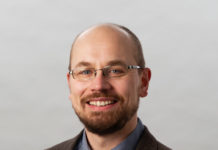 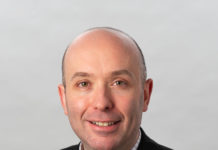