Three new wave energy projects have today been leased for development in Scottish waters. A 30 Megawatt (MW) project by Aquamarine Power north of Lewis is earmarked to enter the £10 million Saltire Prize, Scotland’s energy challenge to the world. Aquamarine Power, which is behind the Oyster wave energy converter, has also secured a 10 MW demonstration lease for a site off north west Lewis.

A 10 MW demonstration project under development by Vattenfall and Pelamis Wave Power west of Shetland has also been leased. The new projects take the number of wave and tidal projects leased for development by the Crown Estate around Scotland to 17, not including the test facilities at the European Marine Energy Centre (EMEC) in Orkney.

Welcoming the news, Cabinet Secretary for Finance and Sustainable Growth, John Swinney, said:-“These projects further confirm that Scotland is the world leading destination for marine energy development and deployment. The vast majority of wave and tidal projects in the UK – and Europe – are in Scotland and new projects in Lewis and Shetland show the continued growth, talent and confidence in Scotland’s marine renewables industry. The Saltire Prize, our £10m challenge to the world, is pushing back the boundaries of marine energy innovation and attracting interest from around the world to accelerate the commercial development of wave and tidal energy technology.

I am also pleased that Aquamarine Power has now joined Pelamis Wave Power and Scottish Power Renewables and entered the race to win the Saltire Prize. It was only on Monday that Pelamis Wave Power announced that its chairman Lord Moynihan was stepping down to concentrate on his role with the London Olympics, and that some redundancies would occur at the company due to other reorganisation.

With 11 projects in the Pentland Firth alone set to attract around £6bn of investment, and the natural marine resources to support many, many more developments, Scotland must have control of the Crown Estate to ensure the development of our marine and offshore renewables industry brings direct benefit to all of Scotland’s people.”

The Saltire Prize, Scotland’s £10 million challenge to accelerate the commercial development of marine energy, is open for applications until January 2015 and is one of the biggest international innovation prizes in history.

The Saltire Prize Challenge is defined thus:-” £10 million will be awarded to the team that can demonstrate in Scottish waters, a commercially viable wave or tidal stream energy technology that achieves the greatest volume of electrical output over the set minimum hurdle of 100 Gigawatt hours over a continuous two year period using only the power of the sea.”

The Prize has already attracted 150 registrations of interest from over 30 countries.The Saltire Prize leasing round was opened in September 2010 following publication by Marine Scotland guidance on the areas of Scotland’s seas most suited to development.

The guidance highlighted five areas considered as most appropriate for wave and tidal energy – reflecting potential power output, limited environmental and technical constraints and development possible within the Saltire Prize timescales. These are:West of Hebrides (wave)West of Shetland (wave)South West of Shetland (wave)West of Mull of Kintyre (tidal)South West of Islay (tidal) 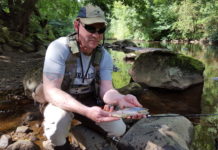 Aquamarine Power teams up with National University of Ireland