The Cabinet Secretary for Health & Wellbeing has announced the appointment of a new member to Lothian NHS Board.

The new member is:

Shulah Allan who is Chairperson of the Edinburgh Development Group and has been actively involved in working with NHS Lothian, Edinburgh City Council as well as other public and voluntary sector organisations. Mrs Allan is actively engaged within the community and has valuable skills to bring to the Board through her involvement with a variety of local networks. This appointment will fulfil the commitment to undertake alternative pilots to direct elections, which was given to Parliament during the passage of the Health Board (Membership and Elections) (Scotland) Act 2009.

This post is part-time and attracts a remuneration of £8,008 for a time commitment of around 8 hours per week.

Lothian NHS Board is responsible for the strategic planning of health services and the development of measures to improve the health of the community in the Lothian area.

Mrs Allan does not hold any other Ministerial Appointments

This Ministerial public appointment was made in accordance with the Commissioner for Public Appointments in Scotland’s Code of Practice. 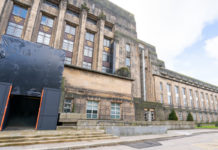 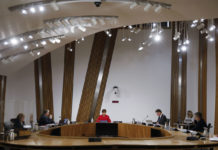